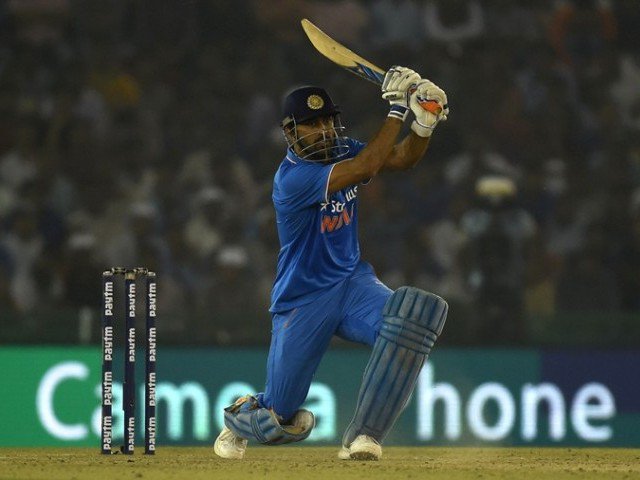 Indian ODI and T20I captain Mahendra Singh Dhoni acknowledged on Sunday that his finishing abilities are on the wane as India beat New Zealand by seven wickets in the third ODI riding on Virat Kohliâ€™s sterling century.

Dhoni, who himself scored a brilliant 80, was involved with man-of-the-match Kohli in a 151-run third-wicket partnership that set up the comprehensive win.

Dhoni wants more matches in US despite washout

However, the 35-year-old, who promoted himself to number four in the batting order, departed in the 36th over, leaving Kohli and Manish Pandey to get 94 more runs.

â€œTo some extent, I am losing an ability to freely rotate in the middle, so I have decided to bat up in the batting order and let the others finish,â€ said Dhoni.

Once regarded as one of the best finishers in limited-overs cricket, Dhoni has recently found it difficult to bat at his usual number six position.

His laboured knock failed to take India over the line in their previous game in New Delhi, one of the few instances when the wicketkeeper-batsman has faltered while chasing.

Dhoni, who recorded his 61st ODI fifty and went past the 9000-run mark, hit three towering sixes during his 91-ball stay before falling to fast bowler Matt Henry.

â€œBut I know I should still look for the big shots. Once you get 15-20 runs, you get into the groove. There were points in the middle where I had to pull myself from playing big shots,â€ said Dhoni.

Meanwhile Kohli, who recorded his 26th ODI ton, made the most of a reprieve after he was dropped on six by Ross Taylor at gully off Matt Henry to consolidate his position as Indiaâ€™s batting mainstay.

â€œHe is somebody who has learnt a lot and he is somebody who knows his strengths really well. Itâ€™s very difficult to say what the top level is in cricket, but Kohli has done India proud,â€ said Dhoni.

Manish Pandey made sure that he gave Kohli the perfect support to canter home in dew-laden conditions at the Mohali Stadium.

Pandey, who scored 28, and Kohli put on an unbeaten 97-run partnership to bring the home crowd to life.

The visitors suffered a batting slump after Latham fell for 61 but Neesham struck a 47-ball 57 to frustrate the Indian bowling attack.

Umesh Yadav and Kedar Jadhav took three wickets each to reduce New Zealand to 199 for eight, but Neesham put on 84 for the ninth wicket with Henry before the visitors were bowled out with two balls to go.

â€œThe surprise package has been Kedar, he has always given us wickets in the middle overs, and thatâ€™s when you can restrict the opposition,â€ said the Indian captain.

The left-handed Neesham, who recorded his maiden ODI fifty, struck seven boundaries while Henry scored an unbeaten 37-ball 39 with the help of four fours and a six.

Part-time spinner Kedar Jadhav, who has built a reputation for getting big wickets at crucial junctures, then spun into action to have skipper Kane Williamson lbw for 22.

â€œI have no clue how he gets wickets. Itâ€™s important to have one in the top five to bowl a few, especially with left-handers in the opposition with him being an offspinner,â€ said the 35-year-old.

Latham put on 73 for the third wicket with Taylor (44), the pair apparently at ease on a friendly batting wicket.

Leg-spinner Amit Mishra and Jadhav worked in tandem to rattle the middle order as the visitors slipped from 153 for two to lose their next six wickets in 9.3 overs.

Neesham and Henry took the fight to the opposition as the Black Caps added 44 in the last five overs, but in the end their effort was in vain.

â€œObviously frustrating to lose those wickets in the middle in a clump, we were probably looking at a bit more at that stage. But the lower-order performed really well. Neesham and Henry were outstanding,â€ said Williamson.