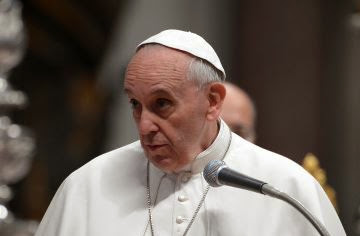 He says itâ€™s essential to evacuate civilians, â€œespecially children, who are still trapped by cruel bombardments.â€

Pope Francis, in his strongest appeal to date on the conflict in Syria, on Wednesday called for an â€œimmediate ceasefireâ€ to allow for the evacuation of civilians.

The war in Syria has escalated since efforts to reach a ceasefire collapsed in September. Syria and its ally Russia subsequently launched their biggest offensive on the city of Aleppoâ€™s rebel-held sectors.

The air strikes have drawn widespread condemnation, including calls from France and the United States for an investigation into war crimes they say have been committed by Syrian and Russian forces.

â€œIt is with a sense of urgency that I renew my appeal, imploring those responsible with all my strength for an immediate ceasefire,â€ he said before tens of thousands of people at his weekly general audience in St. Peterâ€™s Square.

Francis has made many appeals for an end to the bloodshed in Syria. Last month, he urged forces to stop bombing civilians in Aleppo, warning them they would face Godâ€™s judgment. He did not name those carrying out the air strikes.

On Sunday, Francis promoted the current Vatican ambassador in Syria, Italian Archbishop Mario Zenari, to the high rank of cardinal in order to show the concern of the 1.2 billion member Catholic Church for Syria.

It was believed to be the first time in recent history that a Vatican ambassador, known as a nuncio, would have the rank of cardinal. 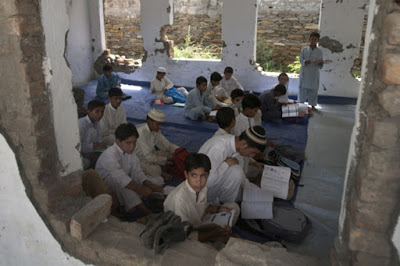 Under the blasphemy laws, it is a crime punishable by death to defame the name of the Prophet and desecrationÂ of the Quran is punished by life in prison.Â

Muslim children throughout Pakistan are being indoctrinated with hatred for Christians, a senior Church leader has warned.

A rare insight into how the anti-Christian persecutors of tomorrow are being created in Pakistan was provided this week by the Roman Catholic Archbishop of Lahore, Archbishop Sebastian Shaw.

“A huge problem we face in Pakistan â€“ one that is deeply divisive across many sections of society â€“ is hate material in school text books,” he said.

“For example, in class one, five-year-olds are given a lesson in which they are told: ‘Who am I? I am a Muslim and the other people are infidels.’

“In sociology books used in class seven, 12-year-olds are told to ‘respect the Prophet (PBUH). Do not trust the Jews or the Christians’.”

These materials have caused “hatred and division” in society and many minority groups feel unwanted, he said, adding that things got worse after 9/11 when Christians were accused of being associated with and allied to the US or the West.

The Archbishop also criticised the notorious evidence and blasphemy laws of Pakistan.

Under the blasphemy laws, it is a crime punishable by death to defame the name of the Prophet and desecration of the Quran is punished by life in prison.

Then there are the cultural aspects of Islamisation, the Archbishop added.

“In some parts of the Punjab Province, even in the 21st century, Christians are prevented from using the crockery used by Muslims.

“Christians, for example, cannot drink out of the same glass as a Muslim. This was the alleged offence committed by Asia Bibi who even now could be executed because of the supposed blasphemous comments made to defend her actions.”

A member of the Pontifical Council for Interreligious Dialogue, Archbishop Shaw was in London as a guest of Catholic charity Aid to the Church in Need.

He addressed a meeting in Parliament and also spoke at this week’s Foreign Office conference on preventing violent extremism by building inclusive and plural societies.

In his Foreign Office talk, he drew on the vision of Mohammed Ali Jinnah, the founder of Pakistan in August 1947.

“A model society is a society in which an individual is free to choose his or her religion and is free to express his or her faith both in public and in private.

Archbishop Shaw said Pakistan had now fallen under the influence of hard-line Islamic groups, and from being a home for Muslims it has gradually moved in the direction of becoming an Islamic Republic of Pakistan, he said.

On the bright side, however, over the past 14 years he and other Christian leaders have built interfaith groups at all levels â€“ within villages, towns and big cities â€“ aimed at striving towards a vision of the common good.

“We do not discuss matters of faith; we look at devising solutions to social and economic problems for example peace promotion, health issues, combatting poverty and education. Through these means, we Christians have become better accepted in society. No longer is it presumd that we are agents of the West or the US.”

The strategy has been to train young people to promote Christian values rather than engage in debate and get bogged down in theological controversy.

“The path to inter-religious harmony is long and winding, but at least we have begun and we are seeing the fruits of our labours,” he said.

According to the Open Doors World Watch List, it is the sixth worst country for persecution, and Christians experience more violence in Pakistan than almost anywhere else.

Read original post here:Â Muslim Children As Young As Five In Pakistan Are Being Taught To Hate Christians, Says Archbishop 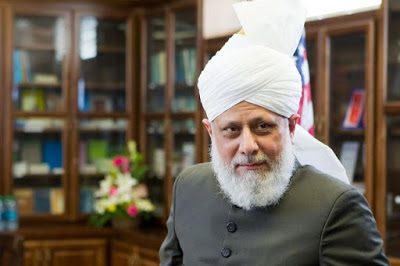 Members of his community are constantly trying to promote love and peace in every society by holding interfaith events, promoting dialogue, organizing charity events and participating in local community events such as Canada Day celebrations.Â

It is an honour for Ahmadiyya Muslim Community to be hosting the caliph.

Many Canadians may have heard about the arrival of head of the worldwide Ahmadiyya Muslim Community. His Holiness Mirza Masroor Ahmad arrived in Toronto on October 3rd and he will be staying In Ontario for about 4 weeks. During this time, he will be meeting with members of the community, inaugurating mosques and meeting with many well known figures of the nation.

In November, he will be visiting Saskatchewan and Alberta. It is a great fortune of Ahmadiyya Muslim chapter of Lloydminster, that the caliph of will be visiting our town as well. For those who may not know our community or the caliph, this information will be useful.

What is Ahmadiyya Muslim Community?

Ahmadiyya Muslim Community is a revival movement within Islam. Prophet Muhammad prophesied that a time will come when Muslims will go away from the core teachings of the faith – then a Messiah would be appointed by God to reform mankind and unite them. Ahmadiyya Muslim Community believes that this promised messiah has appeared. Members of this community are constantly trying to promote love and peace in every society by holding interfaith events, promoting dialogue, organizing charity events and participating in local community events such as Canada Day celebrations.

Who is the Caliph?

The Caliph or head of the Ahmadiyya Muslim Community is a leading figure in the world who is striving to promote peace. After the â€œpromised messiahâ€ his successors have continued his mission of reforming mankind and uniting humanity. Currently, the 5th successor or Caliph leads the Ahmadiyya Muslim Community and guides its members to be beneficial members of every society – those who strive to establish peace and harmony in every society. Besides addressing the members of the community, the Caliph has delivered keynote addresses to many politicians at the Capitol Hill in Washington, European Union Parliament in Brussels, Parliament Hill in Ottawa and many other such locations.

His Holiness guides everyone that how the basic value of justice taught in the Holy Quran is essential for success. He has delivered speeches on how we can tackle present day challenges, for example ISIS and radicalization.

Thus, it is an honour for Ahmadiyya Muslim Community to be hosting the caliph. He will be sharing his wisdom with us in a reception organized in his honour in Lloydminster. Many locals will have a chance to be part of this historic moment.

To find out more about his visit to Lloydminster, please email info@amjl.ca