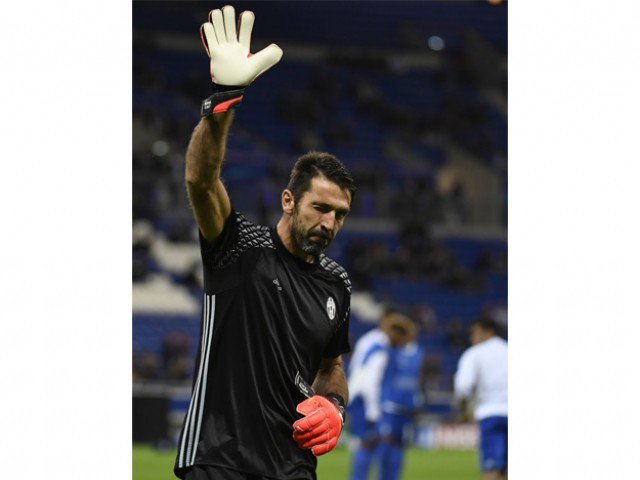 Juventus goalkeeping legend Gianluigi Buffon could become a future coach of Italy after revealing he would be tempted by a national team coaching role once he retires.

At 38, the 2006 World Cup winner is still going strong for both club and country at the tail end of what has been a hugely successful career.

But the emergence of AC Milanâ€™s talented teenage shot-stopper Gianluigi Donnarumma, who made his Italy debut in a friendly defeat to France last month, has increased speculation surrounding Buffon and when he will retire.

The Italian â€˜Supermanâ€™ â€” as Buffon is often portrayed â€” comes face to face with 17-year-old Donnarumma when Milan host the league champions at the San Siro on Saturday.

Italy fight back to hold Spain, Wales denied in Austria

But Buffon, who recently became a father for the third time, said the cut and thrust of life as a club coach does not appeal.

â€œA coaching role and all that it entails on a daily basis wouldnâ€™t appeal to me,â€ Buffon said in an interview with Corriere della Sera. â€œBut I wouldnâ€™t exclude a national team coaching role, I would still be involved in the game but have some freedom to dedicate myself to other things.â€

Having won almost all of club and international footballâ€™s goalkeeping awards and played a crucial role in Italyâ€™s 2006 World Cup triumph, the only trophy missing from Buffonâ€™s cabinet is the Champions League title.

Less than a year after defeat to Barcelona in the 2015 final, Juve boosted their squad with the arrivals of Dani Alves, Miralem Pjanic and Gonzalo Higuain over the summer to emerge among the early season favourites.

Juventus currently sit top of Group H, level on points with Sevilla, and are expected to sail through to the knockout phase

But Buffon, who saved a penalty as 10-man Juve secured a precious 1-0 Champions League win at Lyon in midweek, said the Turin giants need to improve if they are to challenge more fancied sides like Barcelona, Bayern Munich and Real Madrid.

â€œIf you ask me, we have to improve. If weâ€™re to have ambitions in Europe, what weâ€™re doing on the pitch right now isnâ€™t enough,â€ he said. â€œI believe in meritocracy, so if I deserve to win (the Champions League) I will. Otherwise, I wonâ€™t.â€