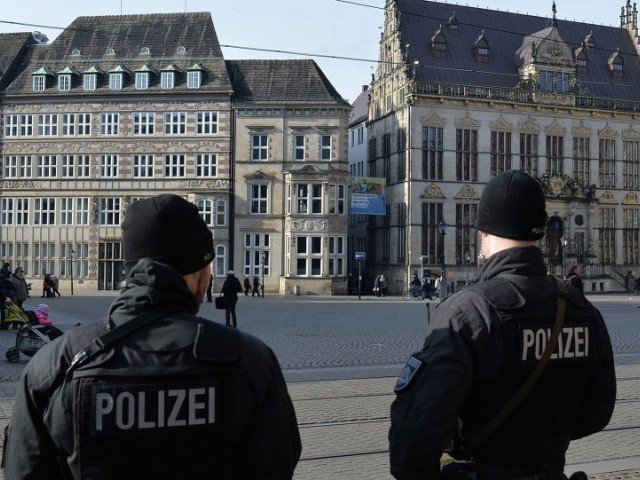 A teenage girl went on trial in Germany Thursday for stabbing a police officer, an assault allegedly â€œorderedâ€ by the Islamic State organisation but which was not claimed by the extremistÂ group.

Safia S., 16, was in the dock in the northern city of Celle, with the court due to decide whether the proceedings would take place behind closed doors because she is a minor.

The German-Moroccan national risks 10 years in prison for â€œattempted murder, grievous bodily harm and support for a foreign terrorist organisationâ€.

Prosecutors said the teenager, who is believed to have been radicalised as a young girl, had sought to catch the attention of police officers by following them around at the main train station in the northern city of Hanover.

As the officers called her over for an identity check, Safia S. stabbed one of them in the neck with a vegetable knife before being overpowered by another officer.

The teenager was already known to police before the February 26 attack as she had sought to travel to Syria to join IS fighters a month earlier.

Her mother flew to Istanbul to bring her home and as they landed back in Germany, Safia S. was taken away by police and interrogated over her botched attempt to reach the war zone.

Her mobile phone was also seized, but it was not until after the stabbing assault that investigators translated the Arabic messages on the phone â€” which had instructed her to commit an â€œact of martyrdomâ€.

A German-Syrian man, 20, identified as Mohamed Hasan K. will also stand trial for failing to report Safia S.â€™s plans to police, even though he was aware that she was plotting to attack a police officer.

The young man had sought to flee Germany but was arrested in Greece and extradited on Tuesday evening.

Safia S. was apparently already radicalised as early as 2008. At that time, when she was just seven or eight years old, she had appeared in an online video by Pierre Vogel â€” a notorious Salafist preacher in Germany. But it was only in November 2015 that she pledged allegiance to the Islamic State, investigators said.

Her brother had also sought to join the extremist group in Syria but was arrested and jailed in Turkey, according to news agency DPA.

Germany has so far been spared large-scale extremist attacks like the November 13 assault in Paris that claimed 130 lives.

But Europeâ€™s biggest economic power has been shaken by two attacks claimed by the IS and carried out by Syrian asylum seekers â€” an axe rampage on a train in Wuerzburg that injured five, and a suicide bombing in Ansbach in which 15 people were hurt.

Police last week said they had foiled an alleged plot by a Syrian refugee to bomb one of Berlinâ€™s airports.

The suspect, Jaber al-Bakr, was later found hanged in his jail cell, sparking outrage in Germany over concerns it may never learn the plans for the attack.

The cases have fuelled anxiety over Germanyâ€™s record influx of nearly 900,000 refugees and migrants in 2015.