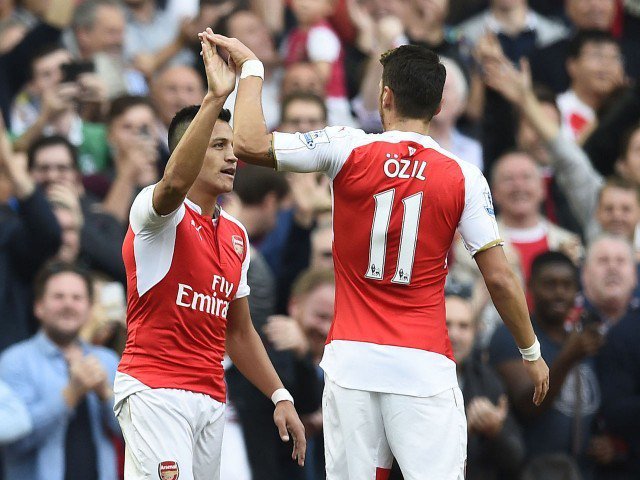 Ozil and Sanchez have entered the last 20 months of their current contracts at the Emirates Stadium and will hope to secure hefty pay rises to their reported 140,000 pounds ($171,654.00) per week salaries to stay beyond 2018.

Wenger admitted that while the financial aspects of contract negations were important, it was Arsenalâ€™s on-field progress that would prove decisive.

â€œI think these kind of players can raise a little bit above the financial aspect of the game because they are not poor and they have to look really at the football side,â€ the 66-year-old told British media.

He added: â€œIt is more about whether the club can meet their needs on the football front. If yes, then a Premier League club can find an agreement with the players. We still keep values we have at the club, of course, and we pay what we can afford.â€

Chile international Sanchez has scored five goals in 10 appearances in all competitions this season, while Germanyâ€™s Ozil has chipped in with several decisive goals, including the winner against Swansea City last weekend.

Arsenal have won two FA Cups since the 28-year-old Ozil arrived from Real Madrid in 2013, while the 27-year-old Sanchez has one FA Cup winnerâ€™s medal to his name after moving to North London from Barcelona a year later.

â€œWe still have a scale of wagesâ€¦ But donâ€™t worry, they are all paid well,â€ said Wenger. â€œItâ€™s normal for players to try to get the maximum out of the negotiations. They have to feel you meet their needs at the club and they get paid for it.â€

Arsenal, who are currently at the top of their Champions League group, host Bulgarian club Ludogorets Razgrad on Wednesday.