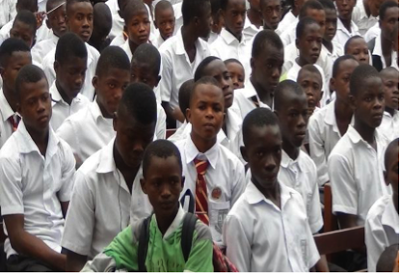 â€œMy appointment came directly from the Chairman of the Board of Governors, Mr. Â Momodu Bah through the authority of the Minister of Education after thorough scrutiny …”

The Acting Principal of the Ahmadiyya Muslim Junior Secondary School, Kissy Dockyard in Freetown, Mr. Karimu Sesay has reacted angrily to allegations that he is not qualified to hold the current position he occupies.

Speaking to the Global Times, Mr. Sesay said that he has been teaching at the school since 1998 to present. â€œI became the Head of Department of the Religious Moral Education in 2004 when the school was divided into Junior and Senior secondary and I chose to be in the junior wing because I was pursuing some courses,â€ he said.

Mr. Sesay said that prior to his appointment as Acting Principal, he was the third-in-command after the Principal and Vice Principal of the Junior Secondary School and by virtue of that, he considers himself fit for such an appointment as he knows much in terms of managing the school.

â€œMy appointment came directly from the Chairman of the Board of Governors, Mr. Â Momodu Bah through the authority of the Minister of Education after thorough scrutiny and I emerged as the favorite among others and that was because I met the criteria set by the Ministry,â€ he added.

Mr. Sesay said that he got his Higher Teachers Certificate (Secondary) in 1998 from the Milton Margai Teachers College and has gone ahead to acquire a BA Honors in English from Fourah Bay College and now he is a Masters holder in Public Relations and Management from IPAM.

When asked if he is an Ahmadist, Mr. Â Sesay affirmed that he is not an Ahmadist and clarified that religious belief has never been a criterion of the Ministry of Education for appointment but rather one should be a senior staff with many years of teaching experience, which he has.

There has been lots of infighting among senior teachers of the school to succeed Mr. Ibrahim Kabiru Mansaray and his deputy, Mr. Ibrahim Mattia who were recently retired by the Ministry of Education.