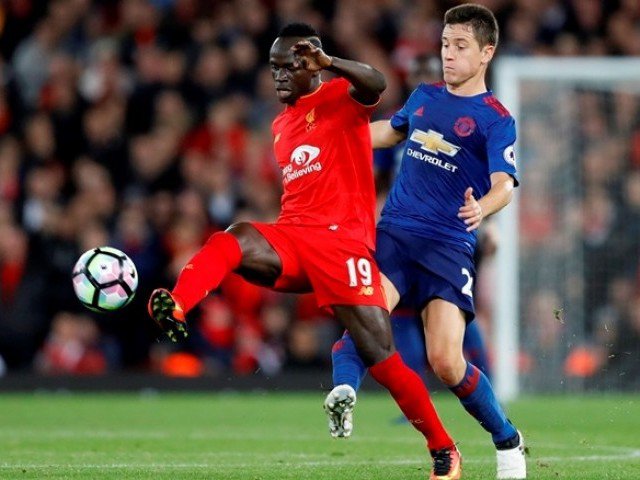 One of the most eagerly-awaited clashes of the Premier League season turned into a major letdown as Liverpool and Manchester United nullified each other in a largely undistinguished goalless draw at Anfield on Monday.

After all the hype preceding the battle between English footballâ€™s fiercest rivals, Unitedâ€™s manager Jose Mourinho was left happier than his counterpart Juergen Klopp as the visitors doused Liverpoolâ€™s acclaimed attacking pyrotechnics.

Pogba willing to do the hard yards to help Man United

The home side, full of goals all season, proved desperately disappointing until finding some second-half drive and may have still felt they deserved the win as United goalkeeper David de Gea had to make fine saves from Emre Can and Philippe Coutinho.

Mourinho, the master of stifling Anfield dreams when at Chelsea, again found his tactical mastery rewarded but United, seventh in the table on 14 points, have still won just one of their last five league games while Liverpool stay fourth on 17, two behind leaders Manchester City and Arsenal.

Liverpool were effectively subdued in the first half as Mourinho reverted to conservative type, bringing in Marouane Fellaini to partner Ander Herrera in a stifling central midfield combination.

Throwing men behind the ball and taking the voice out of the passionate home crowd, United controlled most of the play in the opening half-hour even if a 40-metre Zlatan Ibrahimovic free kick blasted into row Z was their lowest of highlights.

Steven Gerrard is back in Liverpool

Liverpool, without the injured Georginio Wijnaldum and forced to leave Adam Lallana on the bench, never got going and looked nervous in front of their fevered fans.

It took them more than half an hour before a Roberto Firmino header straight at De Gea represented their first attempt on goal.

It was only after the break that they began to show glimpses of their true colours, Can wriggling through to force a fine one-handed save from De Gea at full stretch before the Spanish keeper delivered an even finer stop, flying through the air to tip Coutinhoâ€™s curler wide.

A brilliant last-gasp challenge by Antonio Valencia deprived Firmino but United, for all their solidity, had only one effort on target and looked back ruefully on their best chance, a tame header across goal from Ibrahimovic after a great delivery from Paul Pogba.

after the hype, and Man Utd deliver, draw, Liverpool, poor 0-0