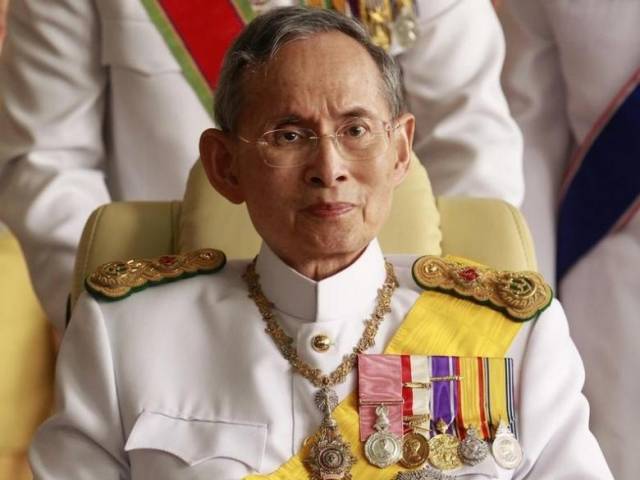 Thailandâ€™s King Bhumibol Adulyadej, who was the worldâ€™s longest-reigning monarch, died in hospital the palace announced on Thursday.

â€œAt 15:52 (0852 GMT) he died at Siriraj Hospital peacefully,â€ the Royal Household Bureau said in a statement. The palace however did not give a reason for the kingâ€™s death.

Bhumibol, 88, was the worldâ€™s longest serving monarch, beloved by his people and portrayed by the palace as a guiding light through decades of political turmoil, coups and violent unrest.Â But he had not been seen in public for nearly a year as he battled a series of ailments in a Bangkok hospital.

Doctors had placed the ailing monarch on a ventilator last week, the palace had said Sunday, adding that the kingâ€™s health was â€œnot stableâ€. Further, they said he was battling kidney problems.

Over the last two years the King had also been treated for bacterial infections, breathing difficulties, heart problems and hydrocephalus â€” a build-up of cerebrospinal fluid often referred to as â€œwater on the brainâ€.

Early on Thursday, around 150 people were holding prayers outside the hospital, many dressed in pink in the belief that the colour will bring the king good luck.

This is a developing story and will be updated accordingly.