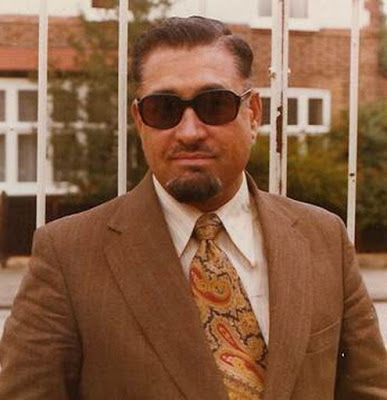 We copy below the email received from Munir A. Rafiq, son of the former Imam of the London Mosque (Fazl Mosque), Bashir Ahmad Rafiq, informing about the passing of his beloved father earlier this evening.

On behalf of The Times of Ahmad and our 7.5 million visitors, we offer out deepest and most sincere condolences to the Rafique family.

Imam Bashir Ahmad Rafiq was affectionately known as Imam BA Rafique to many young and old.

“It is with deep sadness that I wish to inform you that my beloved father Bashir Ahmad Rafiq, the former Imam of the London Mosque passed away this evening Ø¥ÙÙ†ÙŽÙ‘Ø§ Ù„Ù„Ù‡Ù ÙˆÙŽØ¥ÙÙ†ÙŽÙ‘Ù€Ø§ Ø¥ÙÙ„ÙŽÙŠÙ’Ù‡Ù Ø±ÙŽØ§Ø¬ÙØ¹ÙˆÙ†ÙŽâ€Žâ€Ž

He was devoted servant of the jamaat and remained loyal to the institution of khilafat throughout his 86years on this earth.

He faced triumph and adversity with dignity and courage and accepted with total equanimity the will of Allah the almighty.

He was my beloved father, but he was also my best friend and guide and mentor. When I let him down he never gave up on me, but instead enveloped me in his love and prayers-I will miss him a great deal.

Please pray for my brother Mahmood who was blessed that he was able to take care of my father throughout these years and who had a particularly close bond with my father.

My mother and father were a very close and loving couple, and as my father was older than my mother he always threatened to go before her, and said use to tease her and say “You will miss me when I am gone”.

Today he is gone Â and she is heartbroken as are all of us, Jamila, Neeno, Bushra and Mahmood.