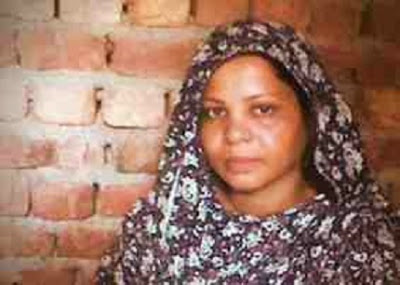 A Christian woman facing execution for blasphemy in Pakistan has been granted her final chance to appeal next week, after the countryâ€™s supreme court set a date for Asia Bibiâ€™s last hearing.

In a case that has gained international infamy, the mother-of-five from rural Punjab was convicted in 2010 for defaming the Prophet Mohammad during an argument with a group of Muslim women over a bowl of water. She has been on death row ever since.

Appeals at lower courts have all failed, before the country’s top court temporarily suspended her execution in July 2015.

If Pakistanâ€™s supreme court does not overturn her sentence following arguments heard in Islamabad next Thursday, Mrs Bibi will become the first person to ever be hanged under Pakistanâ€™s controversial blasphemy laws.

At least 20 people charged with blasphemy in Pakistan have been murdered, some by their own prison guards, and many more have gone into hiding.

Mrs Bibiâ€™s plight has divided Pakistan, pitting its hardline clerics and their supporters against liberal reformers, and exposing deep fractures in the highly conservative Muslim state.

A farm worker, she was accused of insulting the prophet in June 2009 after an argument broke out over a bowl of water she had been sent to fetch from the well in Ittan Wali village.