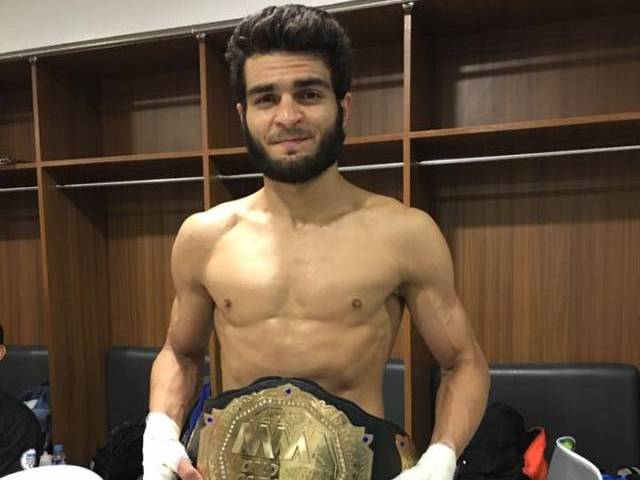 Mujtaba, who has so far won all five of his professional bouts and is the reigning WSOFGC and UnderGround Battle featherweight champion, will face Benedict Ang on November 11 at Singapore Indoor Stadium, Kallang, Singapore as part of a ONE Championship: Defending Honour fight card.

â€œItâ€™s an honor to fight for ONE Championship. Iâ€™d like to thank the companyâ€™s CEO Victor Cui and VP of Operations Matt Hume for the opportunity,â€ Mujtaba told The Express Tribune. â€œAnd after winning titles at UnderGround Battle and World Series of Fighting Global Championship, Iâ€™d like to bring more glory to Pakistan.â€

MMA star Bashir Ahmad also expressed his delight at Mujtaba signing for ONE FC, saying: â€œThis is great news that after me and Waqar Umar, Ahmed Mujtaba has also reached this level. This is how our sport will grow.â€

Like Mujtaba, his upcoming opponent Ang is also undefeated and has come out triumphant in all three of his bouts. But the fighting styles of the two opponents are quite different, with Mujtaba considered more of a submission expert and Ang a knockout artist.

In his young pro career, the 23-year-old Mujtaba has rarely been tested, but in Ang he is up against a fighter who already has a victory over a Pakistani fighter.

Mind you, Ang earned a B unanimous decision by win over Synergyâ€™s Waqar Umar last year, and avenging his country man will definitely be Mujtabaâ€™s priority when he squares up to the SingaporeanÂ  next month.