At least 478 died in Haiti from Hurricane Matthew 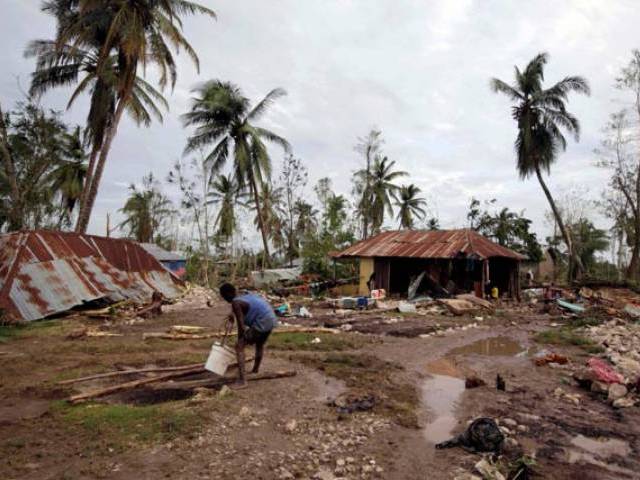 At least 478 died in Haiti from Hurricane Matthew

The number of peopleÂ killed by Hurricane Matthew in Haiti rose to at least 478 peopleÂ on Friday, as information trickled in from remote areasÂ previously cut off by the storm, officials said. With the numbers rising quickly, different governmentÂ agencies and committees differed on the total death toll.

Fourcand disputed the official toll given by the government so far, which was 122. Earlier, Radio Television Caraibes put the toll nationwide at 264.

Hurricane Matthew kills 26, bears down on Bahamas, US

Chaos in Haiti after hurricane, but neighbours help out

Hurricane Matthew left behind chaos in Haiti, with roads cut to several districts and reports of more than 300 dead and even more hurt or left homeless.

But the disaster was far from the first to hit the western hemisphereâ€™s poorest nation, and as Haitians counted their dead Thursday they were also quick to help out their neighbours.

In the Sous-Roche district of Les Cayes, Haitiâ€™s third city on its exposed southern coast, Dominique Osny was giving instructions to a friend helping him gather corrugated iron sheets ripped from a roof.

â€œIâ€™ve been on my feet for two days without sleep. We need to help each other,â€ he told AFP amid the debris and destruction left when the storm passed through on Tuesday.

â€œEveryone is a victim here, houses have been washed away, we lost all the roofing. I lost everything, right up to my birth certificate,â€ he said, citing a vital document hard to replace in Haiti.

Sous-Roches Cayes was a quiet beachfront neighbourhood of the city before the storm, now drowned in mud and shattered trees.

The river level has begun to drop, but its waters are still mixed with the storm surge that inundated the beach during the hours-long battering by the Category Four storm.

478 died, At least, from Hurricane, in Haiti, Matthew