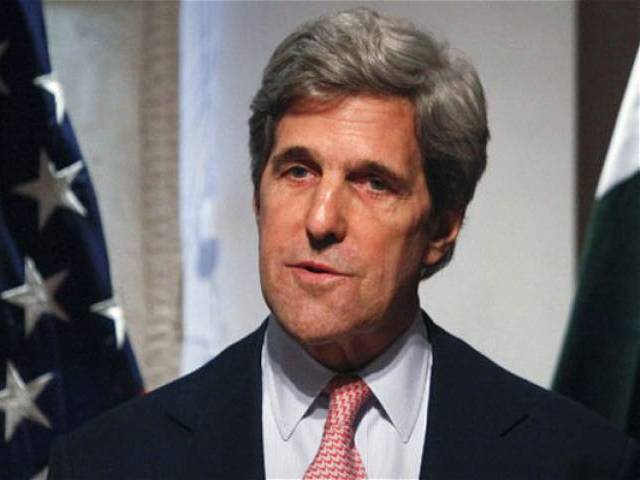 US Secretary of State John Kerry on Wednesday urged Afghanistanâ€™s Taliban militants to follow the recent example of a notorious warlord and make an â€œhonourableâ€ peace with the Kabul government.

â€œThere is a path toward an honourable end to the conflict that the Taliban have waged â€” it is a conflict that cannot be won on the battlefield,â€ Kerry told an international donor conference in Brussels.

Kerry said a peace deal signed last month by Gulbuddin Hekmatyar, who heads the Hezb-i-Islami group and was a key figure in Afghanistanâ€™s civil war in the 1990s, was a â€œmodel for what might be possible.â€

â€œThe message for the Taliban would be: take note,â€ he said.

Kerry added that a peace deal would in fact achieve the Talibanâ€™s aim of expelling foreign forces from Afghanistan, 15 years after a US-led invasion drove the Islamist group from power.

â€œA political settlement negotiated with the Afghan government is the only way to end the fighting, ensure lasting stability, and achieve a full drawdown of international military forces, which is their goal,â€ he said.

â€œTheir goal of ridding Afghanistan of external forces will not come by the continued insurgency, it will come by peace.â€