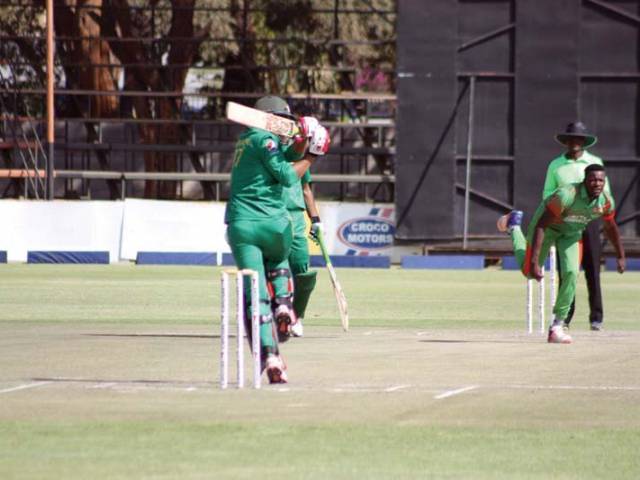 A century by Zain Abbas, who was also involved in two solid partnerships, piloted Pakistan A to their third victory over Zimbabwe A by nine runs yesterday at the Harare Sports Club in Zimbabwe.

The victory handed Pakistan a 3-1 series win in the five-match one-day series.

Zimbabwe A trounce Pakistan A by 105 runs

Asked to bat first, Pakistan A posted a strong total of 310 runs in their allotted 50 overs with the help of two opening partnerships, both involving man of the match Abbas, who scored 108 off 117 balls.

Abbas built a 136-run partnership with Fakhar Zaman (81) and another 94-run collaboration with Umar Amin (52).

Zaman stars for Pakistan A in Harare