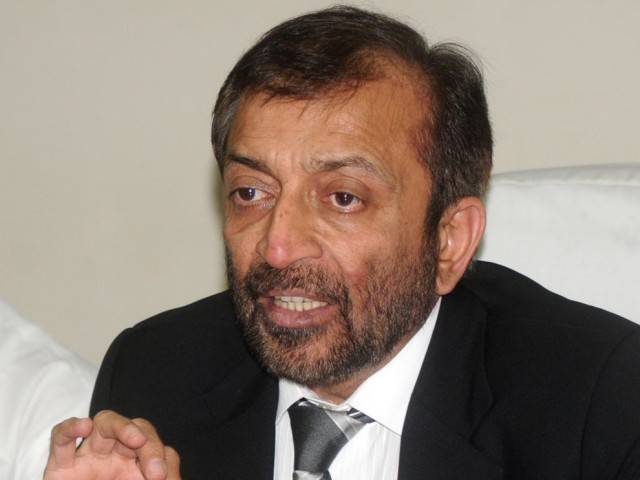 A tug of war between Dr Farooq Sattar-led Muttahida Qaumi Movement-Pakistan and the London-based leaders of the party is deepening by the day.

A day after Dr Sattar announced the MQM has elevated him as the partyâ€™s convener, a furious London office revoked his basic membership, accusing him of betraying Altaf Hussain and joining hands with the establishment.

The London-based leaders â€” Mustafa Azizabadi, Qasim Ali Raza, Wasay Jalil and Muhammad Ashfaq â€” said Nadeem Nusrat was the elected convener of the MQM and no one could step into his shoes. Dr Sattar was earlier the partyâ€™s senior deputy convener.

â€œNadeem Nusrat is the elected convener of the MQM and no one else can take his place without the nod of the party founder [Altaf Hussain], who, constitutionally, has been given the final authority in such sensitive matters by the Rabita Committee and workers,â€ said the statement.

According to the MQMâ€™s constitution, the Rabita Committee and workers have empowered Altaf to make sensitive decisions like appointment of convener, and â€œthis power will remain with him during his lifetimeâ€, reads the statement.

The London-based leaders, who the MQM-Pakistan has already disowned, criticised Dr Sattar, saying he could not force his decisions upon others given his status as the parliamentary leader â€“ a status granted to him by the Rabita Committee after approval of the party founder.

They said Dr Sattar was expelled from the party for â€œstriking a deal with the establishment and continuously betraying the party founder and his policyâ€.

The London-based leaders reiterated that MQMâ€™s elected representatives in the assemblies and parliament should resign or disassociate themselves from Dr Sattar and his likeminded people.

â€œSince Dr Sattar is no longer the parliamentary leader, the MPs are independent to make their decisions. Those who are not resigning or breaking ties with him will face disciplinary action in future as well as social boycott,â€ the statement said.

Talking to The Express Tribune, the MQM-Pakistan spokesperson Aminul Haq said the party, under the leadership of Dr Sattar, has already amended the constitution and expelled Azizabadi, Raza, Jalil and even Nusrat from the Rabita Committee.

Who is minding the MQM store?

â€œThe statement from overseas cannot be associated with us nor it can affect us legally,â€ he said, adding that the London-office could not make or announce any such decisions.

â€œMQM-Pakistan recognises its August 23 policy and will continue to work for the betterment of the country,â€ Haq said, adding that after the amendment in the MQM constitution only the local leadership is entitled to make decisions.

Dr Sattar and his colleagues in MQM disowned Altaf and his London-based coterie after the MQM founder made a hate speech on the telephone on August 12 where he not only incited his followers to violence but also shouted slogans against the state of Pakistan.