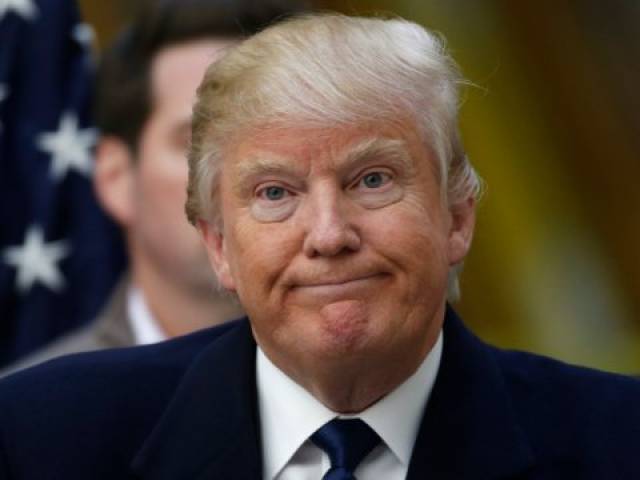 Donald Trumpâ€™s decision to take a $916 million loss on his 1995 income tax return showed his business acumen and â€œgeniusâ€ at figuring out how to minimize his tax bill, two of the Republican presidential candidateâ€™s advisers said on Sunday.

Trump could have avoided paying any taxes for decades: NYT

â€œThis is a perfectly legal application of the tax code. And he would have been fool not to take advantage of it,â€ said Rudy Giuliani, the former New York mayor who is one of Trumpâ€™s advisers.

Speaking on the ABC program â€œThis Week,â€ Giuliani said that as a business owner, Trump has a â€œfiduciary dutyâ€ to the investors in his real estate company to maximize profits.

Giuliani compared Trumpâ€™s ability to come back from the nearly $1-billion loss to turnarounds made by Apple co-founder Steve Jobs and Winston Churchill, the former British prime minister who led the United Kingdom through World War Two.

â€œIt shows what a genius he is. It shows he was able to preserve his enterprise, and then he was able to build it,â€ Giuliani said on CNNâ€™s â€œState of the Union.â€

The New York Times reported on Saturday that it had obtained Trumpâ€™s 1995 tax records and it quoted experts as saying that the $916 million loss he reported for that year may have allowed him to avoid paying federal income taxes for up to 18 years.

Susanne Craig, one of the Times reporters who was bylined on the story about Trumpâ€™s tax records, said the tax documents arrived in a manila envelope in her mailbox at the Times with a return address of the Trump Organization.

She said a lawyer for Trump had threatened the newspaper with legal action if it decided to publish the documents.

The tax benefits outlined in the documents stemmed from financial deals Trump made that went bad in the early 1990s.

The Trump campaign, in a statement on Saturday, said the tax document was obtained illegally and accused the New York Times of operating as an extension of the presidential campaign of Hillary Clinton, Trumpâ€™s rival in the Nov. 8 election.

â€œI know our complex tax laws better than anyone who has ever run for president and am the only one who can fix them. #failing@nytimes,â€ Trump wrote on Twitter on Sunday.

Chris Christie, the New Jersey governor and head of Trumpâ€™s presidential transition team, said that Trumpâ€™s records showed that the US tax code was an â€œabsolute messâ€ and that Trump was the best person to fix it.

â€œThereâ€™s no one who has shown more genius in their way to maneuver about the tax code as he rightfully used the laws to do that,â€ Christie said on â€œFox News Sunday.â€

But Clinton spokesperson Brian Fallon said the tax writeoff â€œshows the colossal scale of his business failuresâ€ and that the wealthy real estate developer operates under a different set of rules than ordinary taxpayers.

Clinton has repeatedly called on Trump to release his tax returns, as is standard procedure for modern presidential candidates.

Trump has declined to release his tax records, saying he will not do so until an audit of his returns by the Internal Revenue Service is complete.

The IRS has said that an audit does not bar an individual from sharing their own tax information.