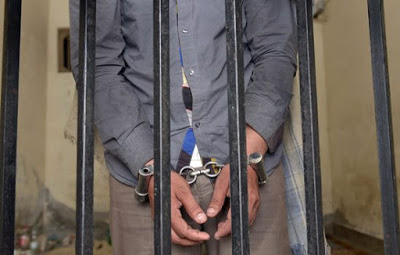 According to a team investigating the matter it is a mischief of Masihâ€™s friends that shared a derogatory picture of Holy Kabba with his friends.

In a recent example, the police in Kasur District have taken a 16-year boy in safe custody to protect him from mob violence, customary in almost all cases where blasphemy is alleged. The teenage Christian boy, Nabeel Masih, has been accused of sharing and liking a blasphemous picture of Islamâ€™s holiest site Khan-e Kaaba, in Mecca, Saudi Arabia.

Masih, resident of Chak 66, Dina Nath Village, Kasur District of Punjab Province, 48 km southwest of Lahore, was friends with a Muslim, Mr. Akhtat Ali. On September 18, Ali, along with his friends Bakht Khan and Saddam opened Nabeel Masih’s Facebook profile; there was a picture therein, allegedly posted and liked by Nabeel, where the Kaaba was defamed and disrespected. The picture was photo-shopped to show the picture of a pig atop Khan-e Kaaba. Ali immediately filed a case of blasphemy at Police Station Bhai Pheru.

On the same day, Nabeel was arrested and charged under Pakistanâ€™s infamous Blasphemy law, under Section 295/ 295A of Pakistanâ€™s Penal Code. The police at Bhai Peru have not submitted the Initial Investigation Report to the Magistrateâ€™s Court while Masih has been in custody. Muhammad Hussain, the investigating police officer (IO), confirmed the arrest and told media that Masih was lodged in a police cell.

According to the Inspector Shahbaz Ahmad Dogar, Station House Officer (SHO) of the Police Station in Phoolnagar, Masih has been sent to judicial remand right away, in order to save him from the extrajudicial killing or any harm. Incidentally, the police have taken down the offensive image from the Facebook page to stem escalation of violence in the area.

According to a team investigating the matter it is a mischief of Masihâ€™s friends that shared a derogatory picture of Holy Kabba with his friends, to show them that what somebody has done to the sacred place, whereas some of Masihâ€™s friends have held him responsible.

Massih works at a local cooking oil factory; his father is a worker at a poultry farm and is about to retire. One of Nabeelâ€™s brothers, Wakeel, got seriously injured few months ago in the monsoon season. He was suffered burns due to electric shock at his workplace. Muslim co-workers and the in-charge forced him to clean an area under the transformers and he got severe shock and is lucky to have survived.

The team investigating the case has also observed that Masih is a reasonable boy; a teenager, he is well behaved and respectful when compared to boys of his age. He never mocked or made fun of anyoneâ€™s religion or even otherwise he has never done any mischief to hurt the feelings of others.