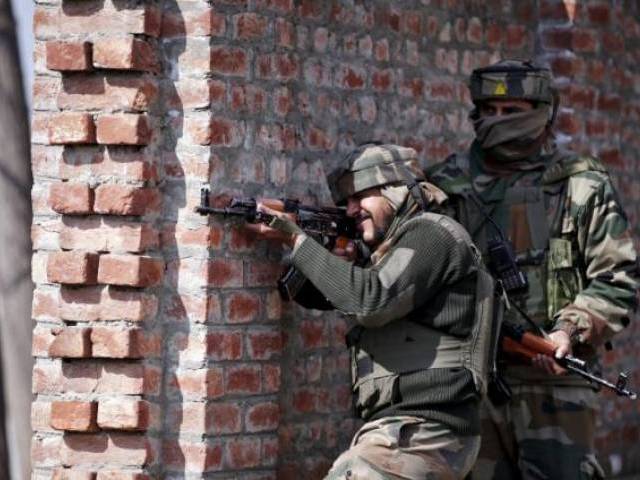 At least six fighters attacked an Indian army camp in occupied Kashmir on Sunday night,Â killing one border guard and wounding another, two weeks after a similar attack killed 19 of its soldiers and ratcheted upÂ tensions between India and Pakistan.

The attack on the camp of Indiaâ€™s 46 Rastriya Rifles inÂ Baramulla, which also houses a unit of the Border Security Force (BSF), started at around 10:30pm (1700 GMT) and repeated exchanges of fire ensued.

India claims arrest of â€˜Pakistani pigeonâ€™ with message for Modi

â€œOne BSF personnel was killed and one injured when militantsÂ tried to enter an army camp,â€ said local Superintendent ofÂ Police Imtiyaz Hussein.Â Local reports that two attackers had been killed could notÂ immediately be confirmed.

Baramulla is a district capital that lies on the road fromÂ Srinagar to the frontier settlement of Uri where the Sept 18 attack on the army base took place.

India launched what it called â€œsurgical strikesâ€ after a September 18 attack on the Uri army base near the Line of Control with Pakistan, saying it inflicted significant casualties.

Pakistan flatly denied the Indian claims, saying two of its soldiers were killed from unprovoked cross-border firing at the Line of Control (LoC) by Indian security forces.