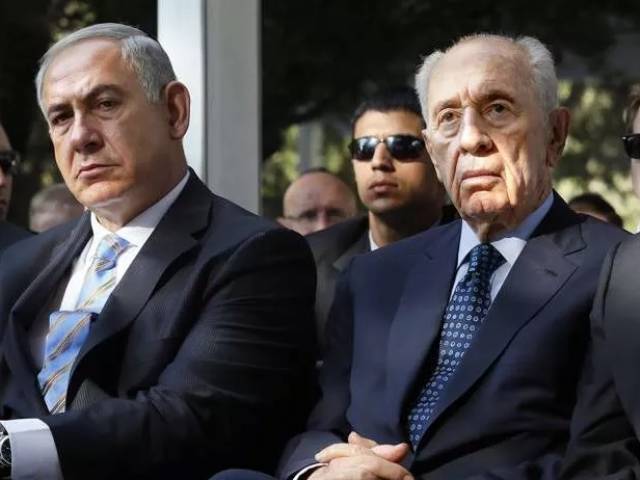 Shimon Peres, the former Israeli president and prime minister who died on Wednesday at 93, â€œstoppedâ€ Benjamin Netanyahu fromÂ launching an attack on Iran.

â€œI stopped Netanyahu from attacking Iran,â€ Peres was reported as telling Steve Linde, then-editor-in-chief of the Jerusalem Post, during an August 24, 2014 conversation.Â Peres stipulated in his interview that theÂ exchange between the two not be reported until after his death.

In 2011, Netanyahu and his defence minister Ehud Barak were actively building their case to attack Iran, saying the Islamic Republic was developing a nuclear bomb.Â â€œBy next spring, at most by next summer at current enrichment rates, [Iran] will have finished the medium enrichment and move on to the final stage,â€ Netanyahu told theÂ UN General Assembly in 2012. â€œFrom there, itâ€™s only a few months, possibly a few weeks before they get enough enriched uranium for the first bomb.â€

The Obama administration intervened shortly afterÂ a senior official of Israelâ€™s defence establishmentÂ visited Washington and disclosedÂ Netanyahuâ€™s plans to attack Iran.Â President Obama â€” who was in the initialÂ phases of negotiating his landmark nuclear deal with Iran at the time â€” sent the vice chairman of the US Joint Chiefs of Staff of the time to Israel to pressure officials not to follow through with an attack.

The move left NetanyahuÂ infuriated and contributed to the tense relationship theÂ the two leaders continue to share to date. Netanyahu was ultimately overruled. And if what Peres said is true, he apparently didÂ more to deterÂ an attack on Iran than either Israelâ€™s defence establishment or the US.