USA: Bill in US House to declare Pakistan â€˜state sponsor of terrorismâ€™ 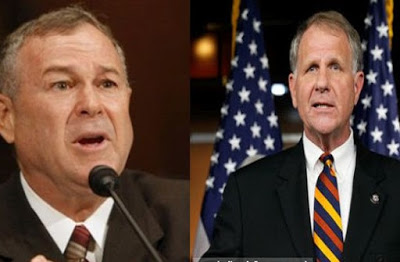 USA: Bill in US House to declare Pakistan â€˜state sponsor of terrorismâ€™

WASHINGTON: Two United States lawmakers have reportedly moved a bill in the US House of Representatives, seeking designation of Pakistan as a state sponsor of terrorism.

House Subcommittee on Terrorism Chairman Ted Poe and Congressman Dana Rohrabacher introduced the bill, HR 6069, or the ‘Pakistan State Sponsor of Terrorism Designation Act’, at a time when Prime Minister Nawaz Sharif is in the US to address the United Nations General Assembly (UNGA).

Congressman Poe termed Pakistan an “untrustworthy ally”, which he alleged “has also aided and abetted enemies of the US for years”.

“From harbouring Osama bin Laden to its cosy relationship with the Haqqani network, there is more than enough evidence to determine whose side Pakistan is on in the war on terror. And it’s not America’s,” Poe said.

“It is time we stop paying Pakistan for its betrayal and designate it for what it is: a state sponsor of terrorism,” the lawmaker said.

He added that US President Barack Obama must issue a report within 90 days of passage of the bill detailing whether or not Pakistan had provided support for ‘international terrorism’.

“Thirty days after that, the secretary of state must issue a follow-up report containing either a determination that Pakistan is state sponsor of terrorism or a detailed justification as to why Pakistan does not meet the legal criteria for designation,” he said.

Bill in US House, declare Pakistan, of terrorismâ€™, sponsor, USA