Omani hockey team thanks Pakistan for the hospitality 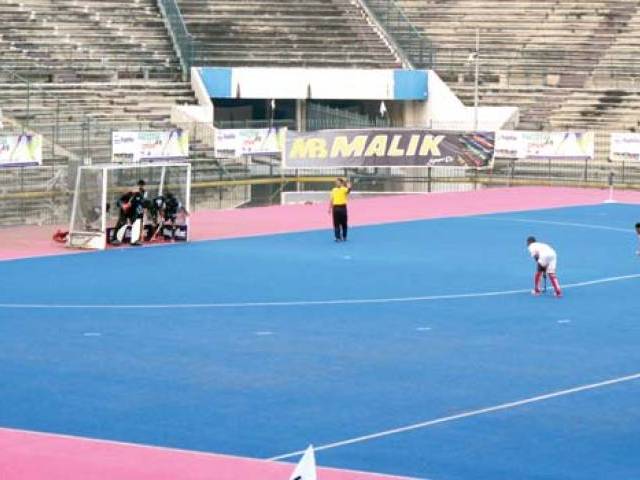 Omani hockey team thanks Pakistan for the hospitality

The recent visit of Omanâ€™s U18 hockey team to Pakistan for a four-test series ended the host nationâ€™s eight-year-long wait for international hockey on home soil.

And while the visitors were beaten 3-0 in the series, their manager Mohammad Abdullah alBatrani was happy Oman played their part in the revival of the sport in a country which was once a top hockey nation and produced elite talent for fun.

â€œWe are glad that we brought back international hockey to a country that has produced so many great hockey players. We were also thrilled about seeing a country that is among the pioneers of the game and has proved the very best [in the past],â€ alBatrani told The Express Tribune prior to both the teamsâ€™ departure for Dhaka to participate in the Boys U18 Asia Cup that begins on September 24.

â€œAlthough we lost the series, Pakistan showed us what real passion for the game looks like and our players learned many skills too,â€ he said. â€œAs both the teams will stay together in Dhaka, the side-by-side trainings will help us even more.â€

The Omani manager was also impressed with Pakistanâ€™s hospitality and thanked the Pakistan Hockey Federation (PHF) for making their trip safe. â€œThe security arrangements were excellent. More importantly, we didnâ€™t remain confined to our hotel but frequently went out and did a lot of sightseeing,â€ said alBatrani.

Pakistan down Oman 8-3 in dead rubber

â€œIt is hoped that Pak-Oman hockey ties will grow further,â€ he said before adding, â€œPakistan has always been very helpful for our hockey growth.â€

Meanwhile, Pakistanâ€™s U18 team, captained by Bahawalpurâ€™s Junaid Manzoor and whose vice-captain is Lahoreâ€™s Moeen Shakeel, will face Chinese Taipei tomorrow, China on Sunday and Hong Kong on Tuesday as part of their Boys Asia Cup ties. The semi-finals will be played on September 29 and final on September 30.

for the hospitality, hockey team, Omani, thanks Pakistan