Falcao out of hospital after ‘rugby tackle’ 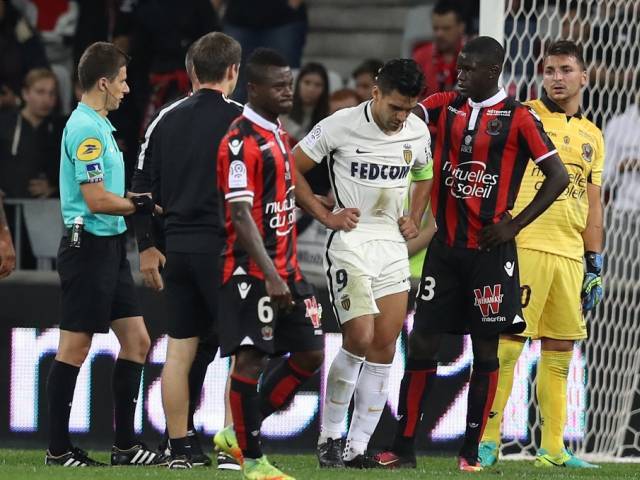 Falcao out of hospital after ‘rugby tackle’

Striker Radamel Falcao left hospital on Thursday after staying overnight for a head injury caused by what his Monaco coach branded a â€œrugby tackleâ€ in the 4-0 Ligue 1 defeat to Nice.

Falcao took a heavy knock to the head when he was caught in a sandwich between goalkeeper Yoan Cardinale and defender Paul Baysse on Wednesday.

The Colombian international had been chasing a bouncing ball which Cardinale punched clear from just inside his area.

Falcao, 30, did not reappear for the second half and was later taken to a Monte Carlo hospital for scans on his head and chest.

A member of Monacoâ€™s medical staff told AFP that the scans had shown â€œno problemsâ€.

Falcao, who rose to fame at Atletico Madrid, may still miss this Saturdayâ€™s Ligue 1 clash with Angers but should return to face Bayer Leverkusen in the Champions League on Tuesday.

Monaco beat Spurs in front of record crowd at Wembley

Even so, Monaco coach Leonardo Jardim was left fuming.

â€œIn most places in Europe thatâ€™s a red card,â€ he said.

â€œReferees should make sure that in these kind of situations there is proper punishment. It was like a rugby tackle.â€

after 'rugby tackle', Falcao, out of hospital