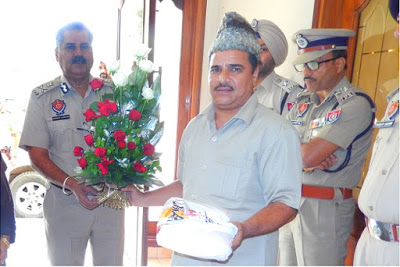 Saharanpuri told DGP Dihllon that Islam teach us peace, harmony, love and respect for the other religions.

Saharanpuri further said that ‘we encourage everyone to adopt “Love For All Hatred For None” moto’ which is a well recognized slogan of the Ahmadiyya Muslim Community worldwide.