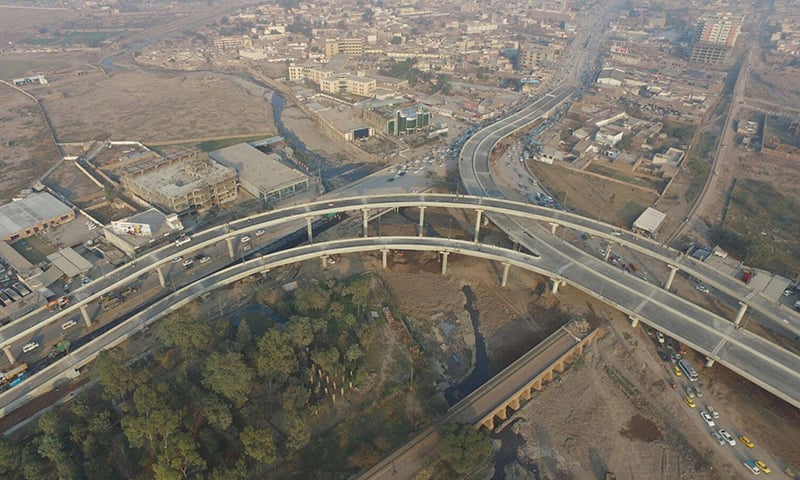 PESHAWAR: A major terror bid was foiled when the Bomb Disposal Unit (BDU)Â todayÂ defused a three-kilogram bomb, planted near a flyover in Peshawar.

Police were informed by locals, regarding presence of a suspicious bag under Mufti Mehmood Flyover near Bacha Khan Chowk.

A police contingent and the bomb disposal unit quickly arrived at the location. According to a BDU official, a three-kilogram bomb was placed in the bag which has been neutralized.

A suspicious man was also detained and handed over to the Counter Terrorism Department (CTD) for interrogation. The area was cordoned off as a probe into the incident went underway.