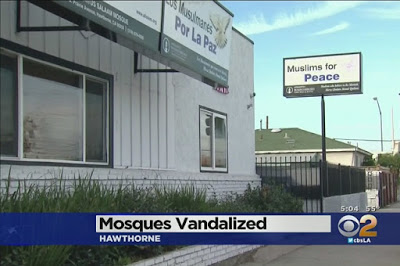 The study is based on data gathered from law enforcement agencies in 20 states, representing 53.5 percent of the nationâ€™s population.

SAN BERNARDINO: Recurring terrorist attacks on U.S. soil along with racially and culturally divisive rhetoric on the campaign trail has fueled a 78 percent increase in hate crimes against American Muslims in 2015, a level unsurpassed since 9/11, according to a study by Cal State San Bernardino.

The study is based on data gathered from law enforcement agencies in 20 states, representing 53.5 percent of the nationâ€™s population.

â€œLast yearâ€™s increase was so precipitous, that even if no other anti-Muslim hate crimes are recorded in the remaining unanalyzed states, 2015â€™s partial numerical total would still be the highest since 2001 and the second highest on record,â€ according to the study, which projected total hate crimes nationwide in 2015 to be 260.

In 2001, there were 481 anti-Muslim hate crimes, and most of those crimes occurred following the Sept. 11 terrorist attacks in New York City and at the Pentagon, according to the study.

Following the Dec. 2 terrorist attack in San Bernardino that killed 14 people and wounded 22 others, there were eight hate crimes reported in the U.S. from Dec. 2 through 6. From Dec. 7 through 11, following presidential candidate Donald Trumpâ€™s announcement proposing to ban Muslims from entering the U.S., there were 15 more hate crimes reported nationwide, Levin said.

â€œWe canâ€™t say that an increase in hate crime is cause by rhetoric, but it certainly warrants further study and caution in how we conduct our sociopolitical discourse,â€ Levin said Monday in a telephone interview.

On Dec. 13, 11 days after the mass shooting in San Bernardino, vandals struck the Ahmadiyya Muslim Community Baitus-Salaam Mosque in Hawthorne, leaving a plastic grenade inside and the walls outside scrawled with graffiti, prompting an investigation by the FBI.

â€œWe do tend to see a spike in those types of crimes following an (terrorist) attack. Thatâ€™s not uncommon,â€ said FBI spokeswoman Laura Eimiller. â€œFollowing the Dec. 2 attack, we absolutely received many calls about incidents in Southern California.â€

She said anyone who believes they are the victim of a hate crime should report it to the FBI. The FBIâ€™s annual report on hate crimes in the U.S. is due out in November, Eimiller said.

Levin said every terrorist attack is different, and not all are followed by significant spikes in hate crimes like what was seen in the wake of the Paris attacks in November and San Bernardino in December.

What fuels such incidents, said Levin, is the prevalence of fear-based negative stereotypes, jihadist extremist rhetoric, and a sociopolitical movement that gels and coalesces, particularly around the defined leadership that is promoting it, with the Donald Trump campaign being an example.

â€œThe study shows statements by political leaders can be followed by distinct changes in hate crimes,â€ said Kevin Grisham, who worked on the study and is the assistant director of research for CSUSBâ€™s Center for the Study of Hate and Extremism.

The Council on American-Islamic Relations has been busy this year due to increased hate crimes against American Muslims and the divisive language of the Trump campaign, said Ojaala Ahmad, spokeswoman for CAIRâ€™s greater Los Angeles area office.

CAIR-LA has been holding town hall meetings, visiting schools and inviting members of the community to visit its roughly 80 mosques across Southern California, engaging in a public outreach campaign to help eliminate public fear of Muslims and stereotypes, Ahmad said.

Most recently, CAIR-LA has been focusing on the November presidential election and voter outreach, Ahmad said.

She likens Trumpâ€™s Muslim immigrant proposal to the internment of Japanese Americans in the U.S. during World War II.

â€œThey were just seen as the community that needs to be isolated and not included in the American mainstream society,â€ Ahmad said. â€œWhen we hear Donald Trump talk about these types of proposals, it brings back that type of imagery or that sense of wanting to go backwards in our history and repeat the mistakes we have made in the past.â€
Read original post here:Â USA: Cal State San Bernardino study shows hate crimes against American Muslims up 78%