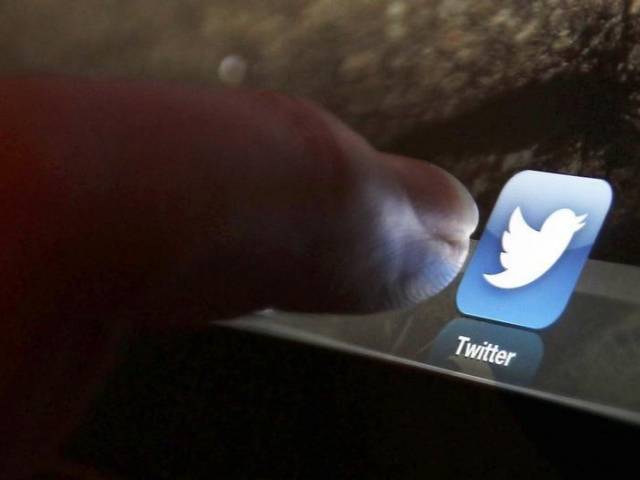 According to the transparency report released by Twitter on Wednesday, during the period January-June 2016, Pakistan made a total of nine removal requests for 32 accounts. The requests include eight from government officials and one by a court order. This shows a jump of 50 per cent as compared to the corresponding period last year.

During the first half of 2016, Pakistan also made six requests for the information of 22 accounts. The government made three requests for three accounts specified during the corresponding period last year.

It is pertinent to mention that Twitter did not comply with any of the request made by Pakistan, including the court order.

Twitter saw a jump in official requests to remove posts in the first half of this year, the company said Wednesday.

Removal requests were up 13 per cent, with the largest volumes coming from Turkey and Russia, which have historically led the pack asking Twitter to get rid of content, according to a transparency report released by the US-based social media firm.

Its report did not detail whether efforts to prevent extremists from using the platform to spread violent messages were a factor in the requests.

Overall, Twitter received 4,434 requests for content removal from governments or police agencies during the first half of this year. There were an additional 761 court orders, according to the report.

The requests targeted a total of 20,594 accounts targeted, with no action taken on 15,195 of them, Twitter said.

Requests came from 37 countries, with the United States making 98 requests, of which one were granted, the report said.

However, the United States led when it came to government requests for information about Twitter accounts.

It made 2,520 account information requests, getting at least some of what it asked for in 82 per cent of cases.

â€œAs Twitter, Inc. is based in San Francisco, California, the majority of global government requests for account information we receive continue to come from the United States,â€ the report noted.

The â€œtop requestersâ€ in the US were the Federal Bureau of Investigation, the Secret Service and the New York County District Attorneyâ€™s Office.

Japan was second when it came to asking for information, accounting for 732 of the overall 5,676 requests.

Twitter noted a spurt in requests from Belgium, saying the rise was related to extremist attacks there early this year.

The US National Security Agency chief said last week that he was â€œperplexedâ€ over Twitterâ€™s move to block US intelligence from accessing data that may help thwart violent attack plots.

Twitter to lay off less than 20 employees at India centre: source

NSA director Admiral Michael Rogers made the comments at a congressional hearing in response to Senator John McCainâ€™s criticism of Twitter for refusing access to a real-time analytics service called Dataminr.

Twitter has said it allows both government and business to use the data as long as it is not for â€œsurveillanceâ€ purposes. Twitter, which owns a stake in Dataminr, did not want to appear to be too close to US intelligence, media reports have said.

â€œDue to privacy concerns, we have not authorized Dataminr or any third party to sell data to a government or intelligence agency for surveillance purposes,â€ Twitter said in a released statement at the time.