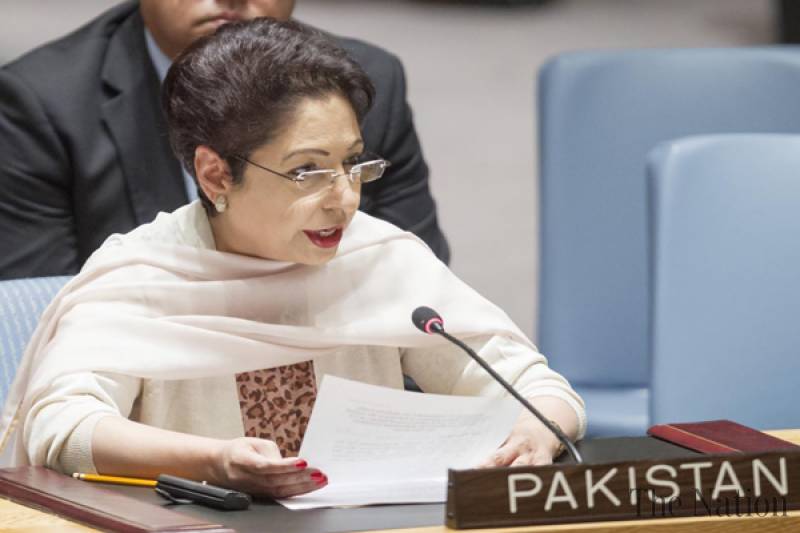 “PakistanÂ s nuclear programme cannot be limited,” she said while addressing a joint press conference with Foreign Secretary Aizaz Chaudhry in New York yesterday, “the world should first put an end to nuclear activities undertaken by India,” she added.

She said that Prime Minister Nawaz Sharif made it clear to Secretary John Kerry that India should also be asked to take same measures as those demanded of Pakistan.

Foreign Secretary Aizaz Ahmed Chaudhry said that India should be pressured into understanding how to maintain good ties with its neighbours. He said the PM’s speech includes a mention of Indian interference in different areas of Pakistan.

He also said that they will also work out some solution to end Turkey’s reservations on Pak-Turkish schools being run in the country.

PM Nawaz Sharif has been in New York to address the 71st session of United Nations General Assembly (UNGA).

The premier has also been holding meetings with world leaders in a bid to garner support for the Kashmir issue and to bring India to the negotiations table in order to resolve the longstanding dispute.