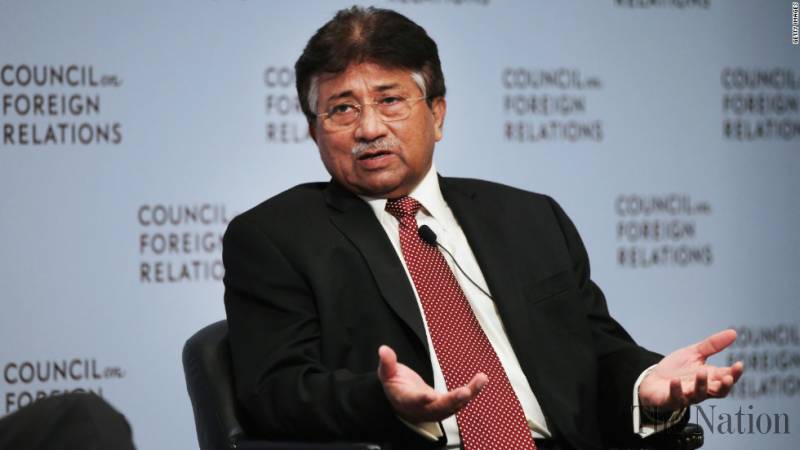 NEW DELHI: Former President of Pakistan Pervez Musharraf has warned India that Islamabad will strike at “a time and place of its choosing” if New Delhi resorted to any military retaliation to the Uri attack.

â€œThe personâ€™s who are talking about military retaliation, including your DGMO and your defence minister, should understand the consequences. The DGMO should learn a lesson of military that war, once ignited goes till the end.

Musharraf categorically denied that the Pakistan Army-propped Jaish-e-Mohammed was responsible for the Uri attack.

â€œI don’t know the basis of him (Indian DGMO Lt General Ranbir Singh) saying this within hours of the attack. And in any case the statements the DGMO gave were offensive,â€ he said, adding that India always blames Pakistan and its military for any attack in Kashmir.

When quizzed specifically on how Islamabad can wash its hands off the matter since the evidence found at the Uri attack site includes Pakistan marking weapons, Musharraf claimed they can be “bought from anywhere”.

â€œYou can get any ammunition, any kind of weapon or equipment from any part of the world. Everyone, from the Taliban to al-Qaeda, are carrying the same kind of weapons. Any weapon with any marking can be procured in the world. These are not credible enough evidence to say that these people came from Pakistan. The Indian government is trying to make it seem as if the Pakistan army and the Pakistan government are involved,â€ he said.

Musharraf also claimed that JeM was not at all active in Pakistan. â€œThese are banned organisations and Pakistan government has a stand on them. JeM is a banned organisation even now. Lashkar-e-Taiba is not. However Pak government is taking actions as required in accordance with their domestic requirement,â€ he said

Accusing India of â€œdouble standardsâ€ on terrorism, Pervez Musharraf said that Baloch leader Brahamdagh Bugti â€œis a terroristâ€ and India should not give him asylum.

Musharrafâ€™s remarks came amid reports that Bugti has formally sought political asylum in India with New Delhi willing to grant it.

â€œHe (Bugti) is a terrorist. India should not give him asylum,â€ Musharraf told Indian CNN-News18 channel from London.