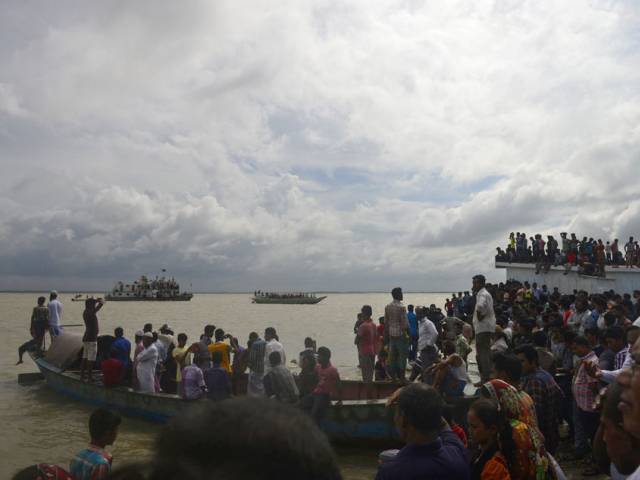 At least 13 people died when an overcrowded ferry capsized and sank in southern Bangladesh Wednesday and around a dozen more remain missing in the countryâ€™s latest river accident.

Some passengers managed to swim to shore when the ferry sank shortly after setting off from the Barisal district carrying an estimated 70 to 80 people.

â€œSo far we have recovered 13 bodies including three women and a child. Around a dozen people are still missing,â€ said Barisal police chief Mohammad Akhteruzzaman.

He said divers had located the sunken vessel which will be dragged to shore.

â€œAnother salvage vessel is coming to the scene to help the rescue effort,â€ he added.

Hundreds of people die every year while travelling on Bangladeshâ€™s ferries due to overcrowding or poor maintenance.

An accident in February last year left 69 people dead in central Bangladesh, just a fortnight after five others were killed when an overloaded ferry sank.

The initial figures for those missing in Bangladeshi boat disasters are often revised downwards as details emerge of passengers who manage to swim to shore.