Rangers to ensure security across Punjab in Muharram 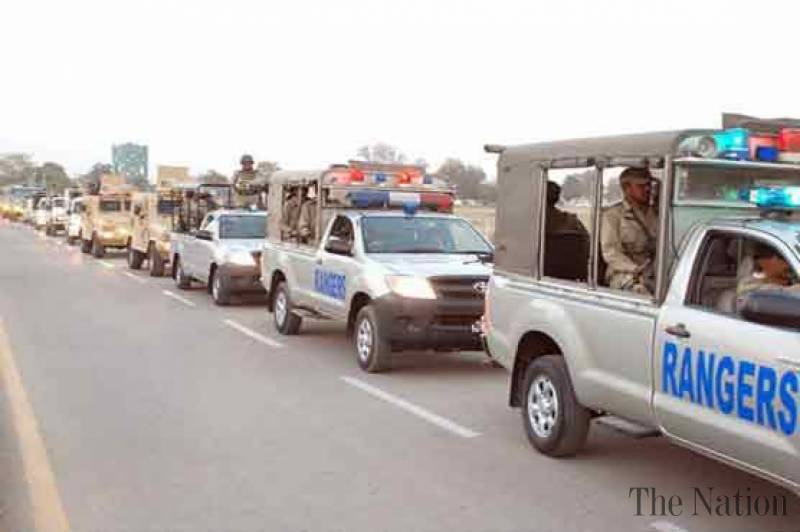 Rangers to ensure security across Punjab in Muharram

LAHORE: The Punjab government will deploy Rangers for security of key installations, business points, markets and processions across the province during the month of Muharram.

Sources stated that the paramilitary force would help secure the province and counter any untoward incident during the month that sees many processions and gatherings of religious importance.

The security personnel will be deployed in major cities including Lahore, Gujranwala, Rawalpindi and others.

Reportedly, three companies of Rangers and the military each would be deployed in the provincial capital.

Days ago, Punjab Law Minister Sanaullah said the provincial government had summoned Rangers for operation against terrorists and banned outfits in â€˜specificâ€™ areas of the province.

â€œRangers have been summoned for a specific time period, and will operate in specific areas,â€ said Sanaullah in an interview to BBC Urduâ€™s Umar Afridi.

across Punjab, in Muharram, Rangers, to ensure security