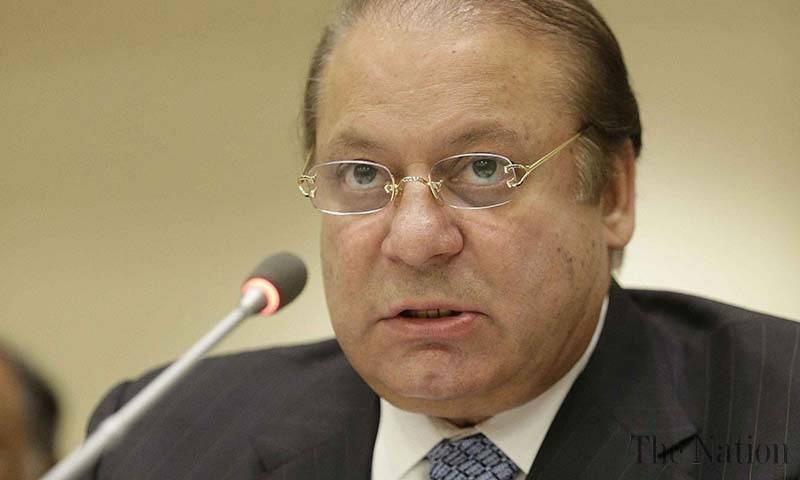 According to details, Nawaz Sharif has met Saudi crown prince and Vice PM Muhammad bin Nayef and briefed him about continuous atrocities of India in held-Kashmir.

He said that Indian forcesâ€™ brutality has made Kashmir a hell for the locals.

Talking to British Prime Minister Theresa May, the premier said people of occupied Kashmir must be allowed to choose their destination under United Nations Security Council resolutions.

He said human rights violations and brutal state oppression in Kashmir are at their peak and it is the duty of the international community to ask India to immediately end state atrocities against innocent and defenseless Kashmiris.

Meanwhile, PM Nawaz held a talk with New Zealand Prime Minister John Key and expressed satisfaction on the state of bilateral relations. Both the leaders also exchanged views on matters of regional and global concerns.

The premier has also written a letter to permanent members of Security Council, urging to take notice of Indian barbarity in held-Kashmir.

Separately, talking at UN Summit for Refugees and Migrants at the United Nations in New York, Prime Minister said Pakistan is the only country in the world which hosted Afghan refugees for longest period and despite decline in international funding we did not back out.

He said Pakistan favors dignified repatriation of Afghan refugees and it is in the best interest of both Pakistan and Afghanistan.

On the other hand, PM Nawaz will address United Nations General Assembly on Wednesday to enunciate Pakistanâ€™s position on key international issues.

The Prime Minister will focus on the Kashmir dispute and will especially invite the attention of world leaders to the recent surge in state-backed atrocities and systematic violations of fundamental human rights in Indian Occupied Kashmir since the extra judicial killing of Kashmiri youth leader Burhan Wani.

He will also stress the need to find a just and early solution to this longstanding dispute.

The Prime Minister will call upon the international community and the United Nations to live up to their promise of the right to self-determination of the people of Jammu and Kashmir in accordance with the relevant UN Security Council resolutions and wishes of the Kashmiri people.

The Prime Minister will highlight Pakistanâ€™s contribution in maintaining peace and security in the regional as well as global context.

During his Bilateral meetings, the Prime Minister will apprise the world leaders about secure, stable and economically vibrant Pakistan that has been ensured after the countless sacrifices of valiant security forces of the country, LEAs, Police personnel and unarmed civilians backed by unflinching resolve of the entire nation against terrorism and extremism.