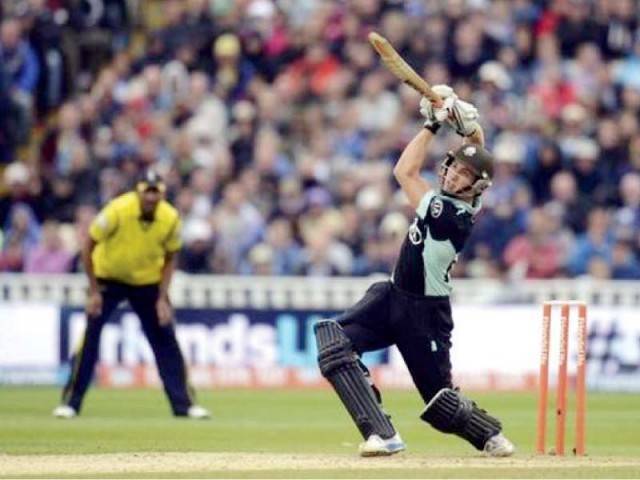 Surrey all-rounder Zafar Ansari, who was recently called up by England for Tests against Bangladesh, has said he is ready to tour the country as he believes it is much safer as compared to Pakistan.

A number of England players â€” including ODI captain Eoin Morgan and opener Alex Hales â€” withdrew their names from the final squads for the upcoming tour of Bangladesh, citing security concerns. But Ansari thinks otherwise.

â€˜I am feeling positive about it,â€™ said Ansari as quoted by the Daily Mail. â€˜We have been given the thumbs up by the people whose job it is to do those things (security clearance). Moreover, my parents have spent quite a lot of time in Pakistan over the last few years and I feel thatâ€™s a more dangerous place to go.â€

However, he added that touring countries which are facing difficult times because of security issues show solidarity. â€œBut they [my parents] have always felt comfortable out there so I am happy to tour. IÂ think it is a good thing to do to show your solidarity with these places in difficult times,â€ he said.

Ansari was selected for Tests against Pakistan in the recently concluded tour, but a thumb injury restricted him from earning his first Test cap.

â€œI am not extra protective of my thumb â€” I have been strapping it all summer â€” it was a big injury,â€ he said. â€œI am looking after it but itâ€™s been ok for a while now and I am confident it will get through most things.â€

Teenage opener Haseeb Hameed was included in the England Test squad announced Friday for the tour of Bangladesh.

The 19-year-old Lancashire star was included after a successful season for the Red Rose county and following the decision of current England opener Alex Hales to rule himself out of the tour on security grounds.

Yorkshire batsman Joe Root, for so long an England mainstay in all three international formats, will be rested for the three one-day internationals, which begin on October 7, before joining the Test squad.

Meanwhile, Surrey captain Gareth Batty, whose last Test match came in 2005, has been recalled at the age of 38, together with fellow Surrey spinner Zafar Ansari, whereas Northamptonshire batsman Ben Duckett is also included in the squad.