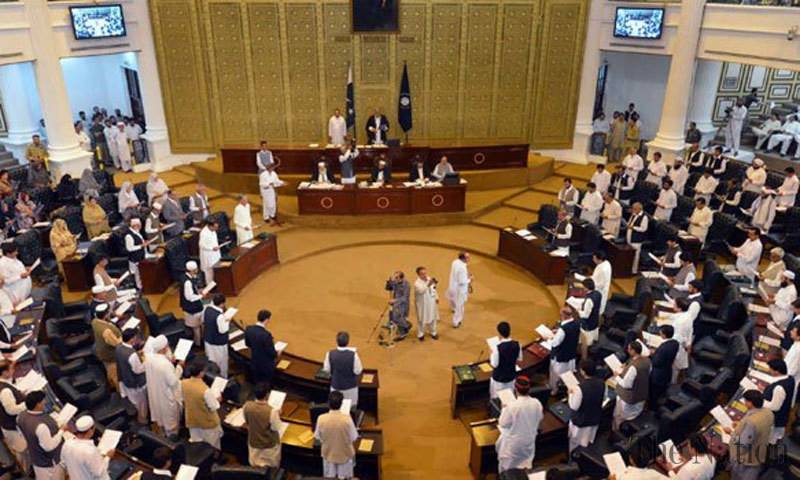 : The Khyber Pakhtunkhwa (KP) government through an act banned interest on private loans

The new law further says that any financial institution or person harassing a loan taker for not paying interest can also face five years imprisonment and will be liable to pay 0.5million rupees in penalty.

The law authorises police to register cases against people or institutions involved in such business and the court will eventually return all the money taken as interest to the aggrieved party.

In case, the money paid as interest is higher than the loan itself, the lender will return extra amount to the complainant.

Residents of Peshawar have welcomed this move to declare business of interest as illegal. They said that interest had ruined scores of families as people were unable to return interest based loans.

Special Assistant to Chief Minister KP on Information and Higher Education Mushtaq Ahmad Ghani said the system of interest was sort of a permanent trap for common people.

â€œPeople used to buy cars or other things on loan and loan money keeps multiplying overburdening people,â€ he said.

Nobody will now be liable to pay any interest on loans.

It is pertinent to note here that a number of people and financial institutions offer interest based loans across the country and world at large.

Many times lenders harass the loan takers for delaying or not paying interest (which multiplies with each non-payment) and sometimes the loan takers had to sell his assets to pay off interest.