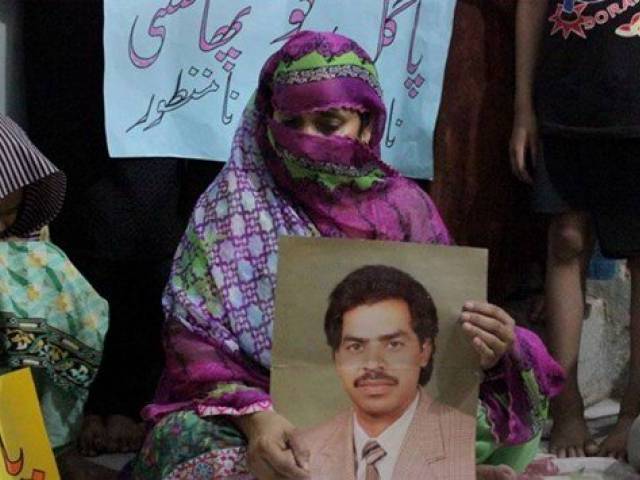 The top courtÂ delayed on Monday for one week the execution of a man who had been declared insane by government doctors, after rights groups urged the government to halt the hanging.

â€œA mentally ill prisoner who was due to be hanged Tuesday morning has received a seven-day stay from the Supreme Court of Pakistan,â€ Justice Project Pakistan, an independent rights group, said in a statement.

Imdad Ali had been scheduled to die at 5:30am on Tuesday in a prison in the city of Vehari, Punjab despite having been diagnosed with schizophrenia, it said.

â€œHis execution was stayed pending a hearing on 27 September, but he could still be executed as early as next week,â€ it said.

Ali, who is aged around 50, was sentenced to death for the murder of a religious cleric in 2002. HRW opposes the death penalty in all circumstances, its country representative Saroop Ijaz said.

â€œBut in this case it also violates Pakistanâ€™s international legal obligations,â€ Ijaz said, referring to the Convention on the Rights of Persons with Disabilities which Islamabad ratified in 2011.

â€œImdad [Ali] has no insight into his punishment or condition or the idea of penalty. Executing someone who does not understand the punishment he or she is being awarded is simply harrowing and serves no criminal justice aim,â€ he added.

Separately, a psychiatrist who examined Ali over several years and declared him insane in 2012 had said that he was shocked at news of the imminent execution.

A medical report seen by AFP said Aliâ€™s speech was incoherent, he frequently spoke and laughed to himself, and he suffered from paranoia and delusions of grandeur.

Despite being officially diagnosed with paranoid schizophrenia, the Lahore High Court last month rejected arguments that Ali should not be executed because of his illness.