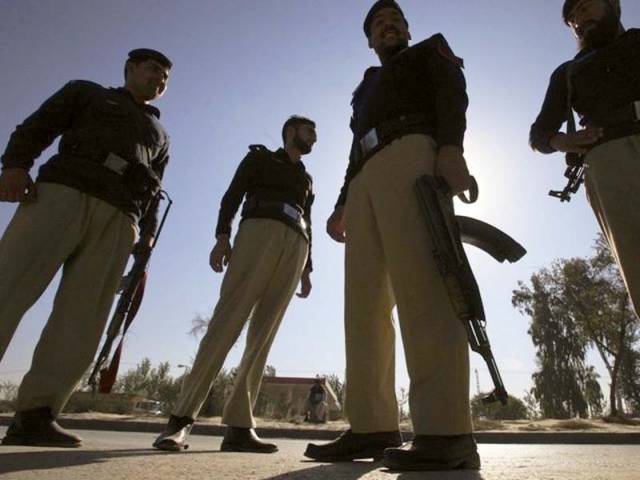 Police investigators looking into the recent deaths of Ahmadis in District East have come to the conclusion that the same group is involved in both the killings.

The latest victim was 45-year-old homeopathic doctor Abdul Khaliq Bashir, who was shot dead by armed motorcyclists when he was standing outside his clinic, Khaliq Clinic, in Sikandar Goth in Gulzar-e-Hijri, on Monday night. He was shot multiple times and was rushed to Patel Hospital where the doctors pronounced him dead on arrival.

After the completion of post-mortem at Jinnah Postgraduate Medical Centre, the body was handed over to the family for burial.

Bashirâ€™s killing was the second targeted attack against a member of the Jamaat Ahmadiyya in the same area. On May 25, unidentified men gunned down 55-year-old Dawood Ahmad, in Gulzar-e-Hijri. Ahmad was waiting for his friend outside his house when two men on a motorcycle approached him. They opened fire and then fled the scene.

â€œBoth the victims were neighbours,â€ said Sachal police station SHO Qambar Lashkrani, while talking toÂ The Express Tribune. â€œBoth the incidents have similarities. Two armed motorcyclists were behind both the incidents and both occurred during scheduled load-shedding in the area.â€

Despite the similarities and potential targets, the officer said they have yet to ascertain whether or not the victims were targeted due to personal reasons or the fact that they belonged to the Ahmadi community. Sachal police have registered a case against two unidentified persons on behalf of the family and further investigations are under way.

Meanwhile, Jamaat Ahmadiyya spokesperson Salimuddin condemned the incident. â€œThis is the second such incident to have occurred in the city in less than a month and law enforcement agencies have failed to stop such incidents or arrest the culprits behind them,â€ he said. He demanded the government and law enforcement agencies arrest the culprits and punish them.

In a press statement issued on Tuesday, the Jamaat Ahmadiyya community called Khaliqâ€™s killing â€˜a religiously motivated attackâ€™ and urged for measures to safeguard the lives of Ahmadis in Pakistan.

â€œChaudhry Khaliq Ahmad was a well-regarded member of the Ahmadiyya community who held no enmity against anyone. He was killed simply for reasons of his faith,â€ said the statement.

â€œWords cannot describe the sorrow felt not only by myself but all Ahmadis in Pakistan and throughout the world on account of this heinous act,â€ said Salimuddin. â€œIt seems that there is no respite for Ahmadis even in the holy month of Ramazan.â€

Since the promulgation of anti-Ahmadi laws in 1984, 31 Ahmadis have been killed in Karachi. The spokesperson claimed that not a single one of the attackers have been brought to justice.

Published in The Express Tribune,