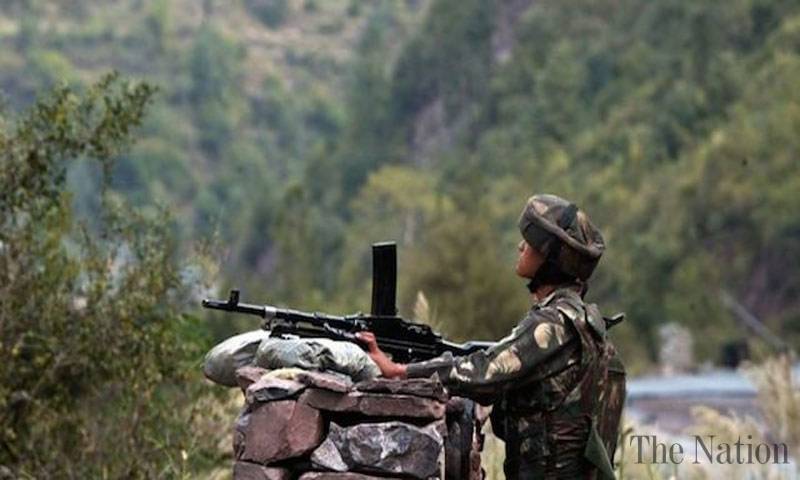 NEW DELHI: The Indian Army is going to turn the heat on Pakistan along the 778-km Line of Control (LoC) with concentrated artillery barrages, sniping and other operations, while a section of the Indian security establishment wants the government to also consider “limited but punitive cross-border strikes” to send an unequivocal message to Pakistan, Times of India reportedÂ on Monday.

But while “enhanced military pressure” along the LoC is a tactical move to impose some costs on the Pakistan Army for allegedly continuing to aid and abet rebellion in Jammu & Kashmir, the government will have to take a considered decision on conventional cross-border strikes on terror-training camps because of possible escalation into a full-fledged conflict.

Army battalions along the LoC as well as forward IAF airbases on the western front have in any case been put on “full alert” to take care of any contingency, government sources said.

Though “surgical strikes”, covert military operations or “hot pursuits” inside Pakistani territory may not be on the cards as yet, the Army can certainly “bleed” Pakistani troops without crossing the LoC, the newspaper claimed.

Targeted artillery and heavy-mortar fire onÂ PakistanÂ army posts and bunkers, and intensive sniping to interfere with movement of their patrols are among the several tactical options used in the past. “Yes, there will be retaliation from the other side but it can be dealt with,” said a source.

As for cross-border strikes, some security establishment officials say a political decision has to be taken to send a clear message to Pakistan that “enough is enough”.

A senior official said, “How long will we keep on absorbing terror strikes, from 26/11 to Pathankot , without effectively retaliating?â€