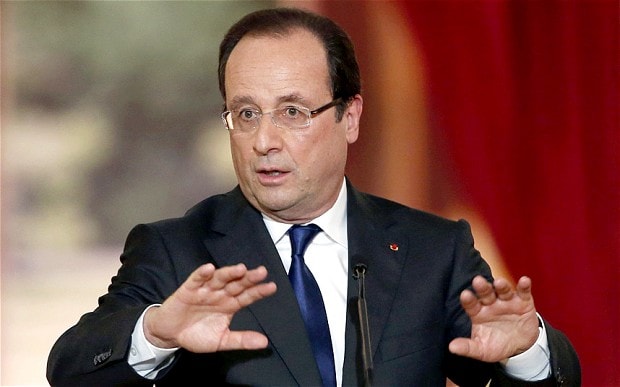 A ceremony in memory of all victims of terror attacks has been held in Paris as France is still under a state of emergency.

The names of the victims of attacks carried out by Islamic extremists last year in Paris and in July in Nice have been read on Monday during the ceremony, which also remembered those killed in attacks in Brussels, Burkina Faso, Ivory Coast and Mali.

The ceremony, organized by associations of victims, gathered hundreds of families and people injured in the attacks, in the presence of President Francois Hollande.

“Our country had never been attacked to this extent, with such destructive rage, with such barbarian cruelty. That’s why it was so important for names, all names to be evoked,” Hollande said.

He insisted on the need for support, protection and help for survivors and their families. Medical and psychological care must be provided for free, he said.

Hollande promised to reform the system of state indemnities for survivors, but didn’t give any details.

“You’ve been through a tragedy, yet you want to live, you’re fighting for it, and you will stand up again. Your energy is an example,” Hollande told survivors attending the ceremony, praising their force and courage.

Last year’s attacks in Paris, carried out on Nov. 13 on the Bataclan concert hall, cafes and the national stadium by assailants with links to the Islamic State group, killed 130 people.

The Nice attack, carried out on July 14 by an Islamic extremist who drove a truck into crowds gathered for Bastille Day celebrations, left 86 dead.

Yasmine Marzouk, a Muslim woman who survived the Nice attack, said “these barbarians have no law, no faith, no religion. These criminals attacked that day a republican symbol, especially children who represent France’s future, and families â€” symbols of tolerance, cohesion and love.”

Marzouk, who lost three members of her family in the tragedy, called on the president and his successors to make terror cease so that “the flames of hatred stop fanning between the different religious communities. Lets’ be one single community with our shared values and our differences,” she said.

Security and the fight against terrorism are major issues ahead of France’s presidential election in April-May 2017.

Former President Nicolas Sarkozy and former Prime Minister Alain Juppe, both competing to be the conservative candidate at the election, were also attending the ceremony.