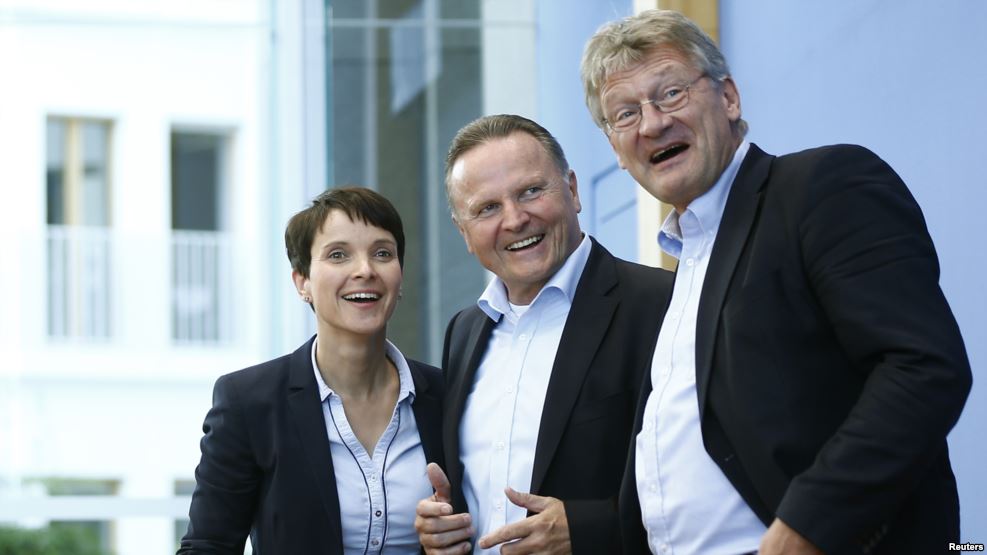 For the second time in two weeks, voters in Germany gave the CDU a defeat in state elections.

The anti-immigrant Alternative for Germany (AfD) gained from a popular backlash over Merkel’s decision a year ago to keep German borders open for refugees. While finishing in fifth place, AfD won 14 percent of the votes, allowing the three-year-old party to enter its 10th regional assembly among Germany’s 16 states.

Merkel’s CDU came in second with 17 percent of the votes in Berlin, behind the Social Democrats (SPD) with 22 percent.

FILE – AfD federal party chairwoman Frauke Petry is speaking at the start of the Alternative for Germany, AfD, election campaign for the upcoming election in Mecklenburg-West Pomerania.

Frankfurter Allgemeine SonntagszeitungÂ newspaper reported the gains by AfD indicates the party “doesn’t just benefit from discontent in rural areas, but can establish itself… in a city of millions that is known for its open lifestyle.”

Due to heavy losses for CDU and SPD in the Berlin vote, the parties do not have enough support to continue a coalition government together.

The ruling CDU also lost support in elections two weeks ago in Mecklenburg-West Pomerania, while the heavily anti-immigration AfD won nearly 21 percent of the vote.

Merkel, whose government has allowed more than one million people seeking asylum into the country, faces voters in national elections next September.