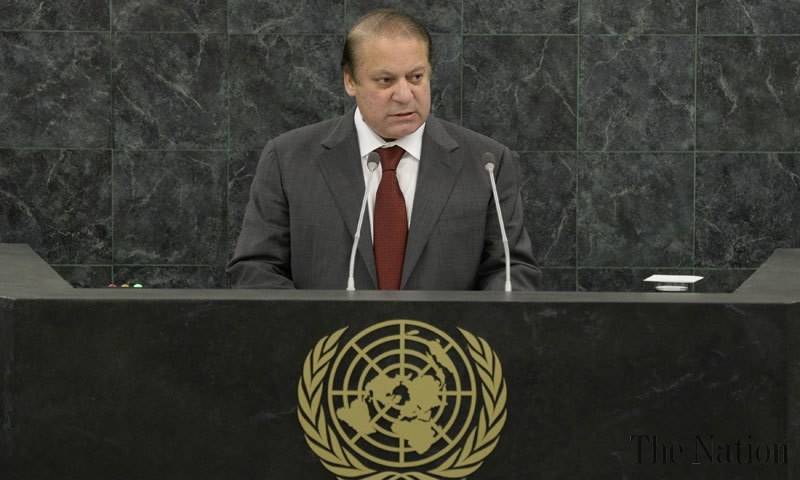 In his address to the UNÂ on WednesdayÂ (21st September), the Prime Minister will emphatically highlight theÂ KashmirÂ dispute and the recent wave of atrocities unleashed by Indian troops in Occupied Kashmir.

He will also speak onÂ Pakistan’s position, role and contribution on key international issues, and success in war against terrorism. He will also participate in the High-Level Meeting of the General Assembly to address Large Movements of Refugees and Migrants and the Leadersâ€™Â SummitÂ on Refugees.

Nawaz Sharif will also urge the international community to devote adequate political attention and support for the voluntary repatriation of Afghan refugees fromÂ PakistanÂ and their sustainable reintegration inÂ Afghanistan.

On the sidelines of the UNGA session, the Prime Minister will hold bilateral meetings with a number of world leaders, including the UN Secretary General.