Farwell shelved as Afridi left out of West Indies series 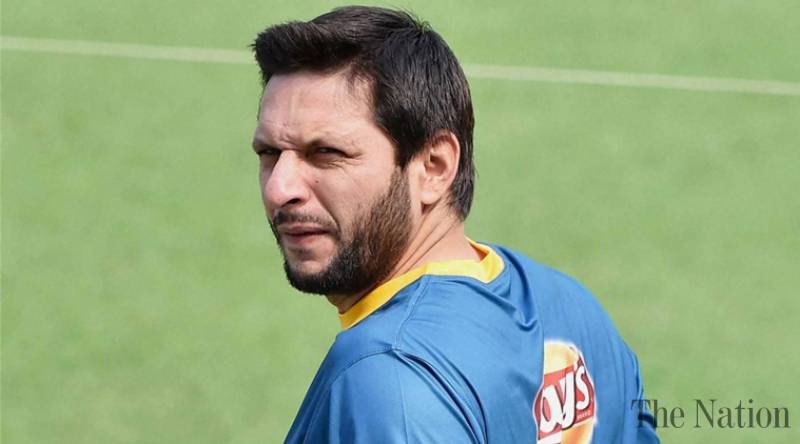 Farwell shelved as Afridi left out of West Indies series

A move to give Shahid Afridi a farewell during the T20Is between Pakistan and West Indies in the UAE has not materialised, with the former captain left out of the squad for the three matches. The PCB confirmed the move had come from selection committee head, Inzamam-ul-Haq, but it fell through in the absence of the board chairman Shaharyar Khan, who is recovering from surgery, and executive committee head Najam Sethi, who is on vacation in England.

Afridi had plans to retire at the end of the 2016 World T20 in India and Shaharyar had confirmed this earlier in the year saying, “He is also a Pathan and I am also a Pathan and once the agreement is done between two Pathans it can’t be changed.” However, before the tournament, Afridi revealed that he was reconsidering his retirement due to “huge pressure” from friends and family.

Following Pakistan’s poor performance at the World T20, and criticism surrounding his leadership, Afridi stepped down as captain but chose to continue playing in the format. However, he has not played for Pakistan since then, with the new selection committee not seeing him as a part of their plans for the side.

Afridi had succeeded Mohammad Hafeez as Pakistan’s T20 captain in September 2014. In his second stint as captain, Afridi led the side to 11 victories in 24 matches but his personal form dipped. He averaged 14.65 during this period with a best of 49, and took 20 wickets.

After the 2016 World T20, Afridi turned out for Hampshire in Natwest t20 Blast the scoring 191 runs at 17.36 in 12 matches and taking nine wickets. He also played only one match in the recent domestic National T20 tournament, before pulling out due to fitness concerns. He reportedly underwent an MRI scan on his knee and was later trained in Karachi as a part of injury rehabilitation. He was also optimistic that he would be selected for the series against West Indies, but he was ignored.

However, days after the team announcement, the Urdu newspaper Jang carried a report that claimed Afridi would be selected as the 16th player for the three-match series against West Indies in the UAE, as part of a planned farewell.

Afridi hinted at that possibility and his retirement during a media session in Karachi, but the statement was seen as ambiguous.

“I have put no pressure on the board nor they on me but whatever happens it will be good and set new precedents,” Afridi said in a statement in Karachi. “I have always noted that in Pakistan there is no tradition of players retiring gracefully, even the big names. Every player wants to go out on a high and I am no different.

“Players must exit respectfully since the ones who serve the country with distinction deserve honour. I have had a discussion with Inzi bhai (Inzamam-ul-Haq) who is an elder to me and we will do what is beneficial to both Pakistan cricket and my own self. This would allow players to decide themselves when it is the right time for them to retire gracefully and with dignity.”

Afridi’s decisions to retire from other formats were also surrounded by uncertainty. His decision to retire from Test cricket, immediately after leading his side to a 150-run loss against Australia at Lord’s in 2010, was seen as abrupt. His ODI retirement, too, was muddled for some time before he decided to quit the format after the 2015 World Cup.

as Afridi left out, Farwell shelved, of West Indies, series