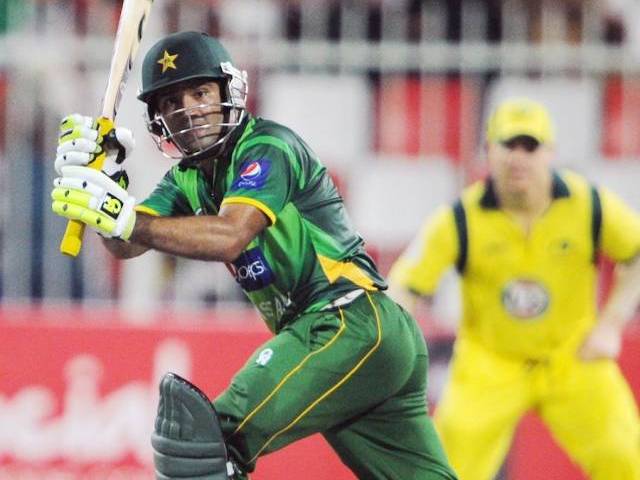 Pakistan right-hand batsman Asad Shafiq has expressed his desire to represent the country in ODIs and T20Is as well.

Shafiq was the man-of-the-match in the first semi-final of the on-going National T20 Cup where Karachi Whites beat Peshawar courtesy his unbeaten 92 off 55 balls.

â€œWe felt that if we had a good start then it will help the middle order but luckily we were able to reach the target with eight wickets remaining,â€ said Shafiq. â€œI always try to perform in all formats of the game and I am glad to do so in the shortest format today. I am trying to comeback in national ODI and T20I teams again.â€

Karachi captain Akbarur Rehman lauded Shafiqâ€™s performance which helped the team to reach the final of the tournament. â€œWe also had the experienced Shafiq to guide us,â€ he said.

Karachi Whites will face Karachi Blues in the final of the tournament after the latter beat Lahore Whites by nine wickets in the second semi-final on Thursday.

â€œTechnically, Asad Shafiq is our best batsman,â€ said Arthur while talking toÂ ESPNcricinfo. â€œWhen he gets forward he is sideways on. Look at him: short, balanced, punches well off the front foot, cuts exceptionally well. At times I could almost visualise Sachin Tendulkar. That is high praise, and I have told him that.â€

I dedicate my century to Hanif Mohammad: Asad Shafiq

When asked if he is going to promote Shafiq up the order, Mickey said: â€œTechnically your best player should be batting at No. 3. I was really impressed with Asad, who really wanted the opportunity to bat up the order. He batted up the order at The Oval after getting a pair in Birmingham. And then got a hundred, and that says so much for his temperament and skill.â€