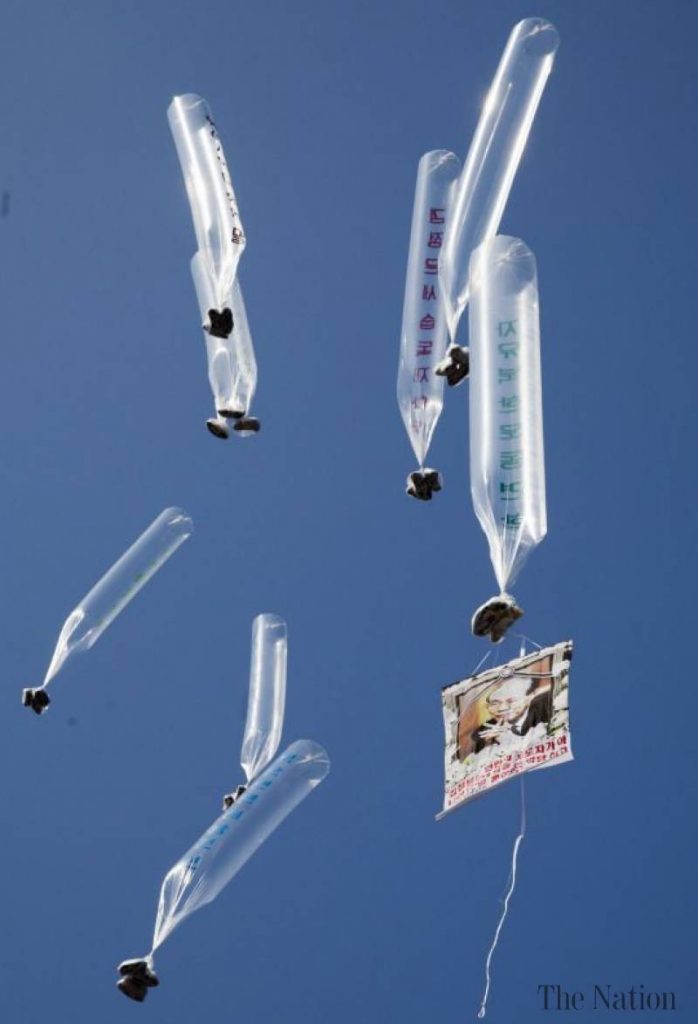 SEOUL: South Korean activists launched tens of thousands of anti-Pyongyang leaflets across the border into North Korea on Thursday, denouncing its latest nuclear test and defying threats of retaliation.

The leaflets, criticising leader Kim Jong-Un for putting nuclear weapons before the wellbeing of his people, were launched with helium balloons from the border city of Paju.

Hours before the balloon launch was scheduled to begin, the Northâ€™s official KCNA news agency published a commentary describing Park as â€œhuman scum without an equal in the world.â€

KCNA said the balloon launch was a desperate response to the success of last weekâ€™s test, and a bid by Seoul to â€œstoke confrontationâ€ over the holiday period.

The launch came in the middle of the three-day Chuseok harvest festival holiday â€” celebrated on both sides of the border.

Conservative South Korean activists, including many North Korean defectors, have been carrying out leafleting exercises using giant helium balloons for years â€” a practice that infuriates Pyongyang which has threatened military strikes in response.