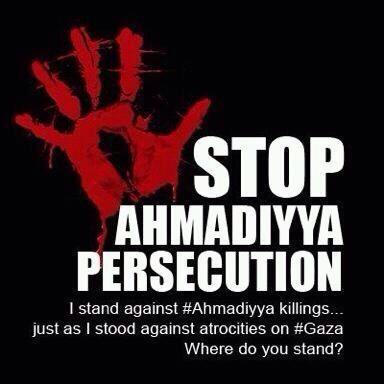 These organisations held indoor conferences, seminars and press conferences to express their reservations against Ahmadis to mark the day in 1974 when the parliament had declared the community non-Muslims. Speakers at these conferences demanded a ban on their activities. Aalmi Majlis Tahaffuz Khatm-i-Nabuwat held a seminar in this regard at Jamia Masjid Muslim Town where its leaders expressed their views against Ahmadis.

Maulana Yousaf urged Muslims to unite against Ahmadis. â€œAt least 10,000 people were killed in the movement against Ahmadis in 1953. In 1974, we waged a legal battle and ensured that Ahmadis were declared non-Muslims. We should continue our efforts against them.â€ Maulana Azizur Rehman Sani said, â€œThe Ahmadiâ€™s presence in Pakistan amounts to setting up another Israel. There are rumours of conspiracies to bring Ahmadis into decision-making positions.â€

Jamaat-i-Ahle Sunnat held a conference at Jamia Ghosia Rizvia on Bund Road. Mufti Muhammad Iqbal Chishti, its provincial leader, said Ahmadis should be taken to task for â€œpreaching their faith.â€ â€œWe will not allow anyone to remove provisions in the Pakistan Penal Code that provide punishment for blasphemers,â€ he said.

QUIZ: How well do you know the Ahmadis?

Tanzeem Ittehad-i-Ummat held a seminar at a private hotel where representatives of various religious parties expressed their views.