Sarfraz elated after finishing on a high 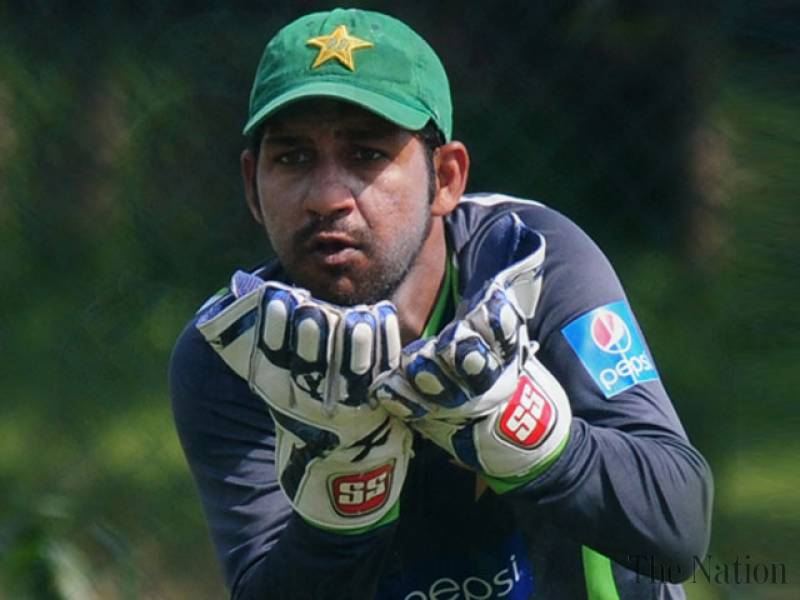 Sarfraz elated after finishing on a high

MANCHESTER – New Twenty20 captain Sarfraz Ahmed was delighted to end the England tour on a “high note” Wednesday erasing memories of the damaging spot-fixing controversy of their last visit six years ago.

Pakistan inflicted a crushing nine-wicket win over England at Old Trafford on Wednesday in Ahmed’s first match in charge of the Twenty20 side and the final match of their tour. Fresh from Sunday’s four-wicket victory in Cardiff, where Ahmed made 90 as Pakistan avoided a one-day series whitewash, the tourists held England to 135 for seven in their 20 overs.

Left-arm spinner Imad Wasim removed both England openers before fast bowler Wahab Riaz took a Twenty20-best three for 18. Openers Sharjeel Khan (59) and Khalid Latif (59 not out) then shared a blistering century stand as Pakistan won with 31 balls to spare.

“Credit to our bowlers … and then Khalid and Sharjeel played really well,” Ahmed told reporters. “After we won the match in Cardiff, the morale was very high when we arrived here. But I told the players that when we are playing T20 cricket we want some energy and we want some good fielding on the ground. The players did that,” he added. “This is how to play modern-day cricket.” Riaz had been plagued by no-ball problems as Pakistan came from behind to draw a four-Test series with England 2-2 — a result that took them top of the Test standings — before losing the one-dayers 4-1. But there was no over-stepping in Manchester.

“The credit goes to the bowling coach (Azhar Mahmood), he really helped me, he was very strict with me about the no-balls,” said Riaz. “Because I was resting the last two games, he really worked hard with me,” the 31-year-old man-of-the-match added.

“You have to have a lot of varieties in this T20 game. I think I was successful in that and getting wickets.”

Pakistan’s conduct, as well as their cricket, helped restore their reputation in English cricket circles following the spot-fixing controversy that blighted their last visit six years ago. “The whole tour was very good, our Test cricket was very good. We wanted to finish on a high note and we did,” said Ahmed. Beaten England captain Eoin Morgan blamed a rapid change in conditions for a crushing loss. England managed just one boundary in their last 10 overs, whereas Sharjeel and Latif struck 14 fours and a six in the first five overs of Pakistan’s reply.

But Morgan said evening dew had made the new ball come on to the bat nicely at the start of Pakistan’s chase, even though there was a gap of just 10 minutes between innings. “I think conditions changed quite dramatically throughout the game,” he said. “With the benefit of hindsight, I probably would have bowled first and chased in the evening — given how much dew there was about.”

But England coach Trevor Bayliss was scathing after a disappointing end to his team’s season. “The way we were going allowed Pakistan to get on top. We didn’t show urgency with our running,” he said. “We played like pretty boys at one stage,” the Australian added. “We want to win every game. You can coach all you want but it’s got to come from within. The ceiling is still very high. We’re still looking at how well we can play. We’re looking at how we can become a bit more consistent.”

0 Bigger wins for Pakistan in T20Is than the nine-wicket win in this match. They had won by eight wickets on three previous occasions, two of those against Bangladesh and Kenya.

107 Opening partnership between Sharjeel Khan and Khalid Latif – Pakistan’s fourth-highest in T20Is. Their top-three opening stands have been either against Bangladesh or Zimbabwe. This was their first 50-plus opening partnership against England.

3 Instances of both Pakistan openers making 50-plus scores in the same T20I innings. Their first two instances were against Bangladesh in the 2010 World T20 and against Zimbabwe last year.

73 Runs scored by Pakistan in the Powerplay – their most in T20Is. They had added 72 runs against Zimbabwe in Harare in 2011. This is the joint third-highest Powerplay score by any team against England.

3/18 Wahab Riaz’s figures, his best in T20Is. His only other three-wicket haul was 3 for 34 against New Zealand in Auckland earlier this year.

17 Runs conceded by Imad Wasim – joint second-lowest for Pakistan against England in T20Is, for a full quota of four overs. Shahid Afridi had conceded 15 runs in Dubai last year.

0 Previous opening partnerships of 50 or more runs for England against Pakistan. Today’s stand of 56 between Alex Hales and Jason Roy is the first such stand. England’s previous highest for them was 48 in Dubai in 2012.

79 Runs added by England’s last seven wickets – their fourth-lowest in T20Is. Their openers added 56 runs but they ended with 135 for 7. None of their remaining partnerships added more than 30 runs.

after finishing, on a high, Sarfraz elated