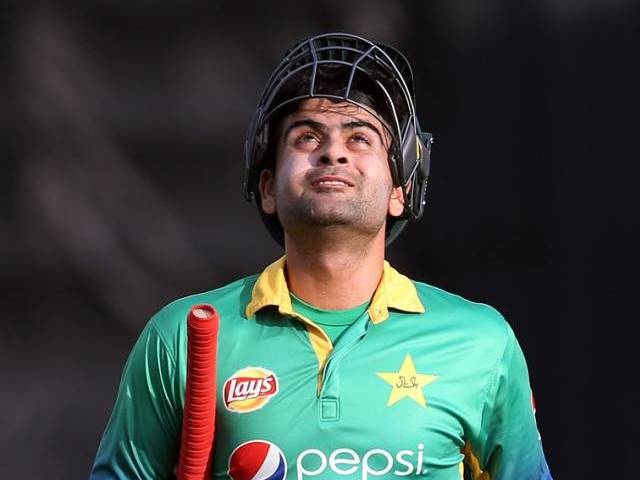 Out of favourâ€™ opening batsman Ahmad Shahzad decided to return home to Lahore from the ongoing National T20 Cup after learning that he was unable to make it in the squad for Pakistanâ€™s T20I match against England in Manchester on September 7,Â Press Trust of IndiaÂ reported on Saturday.

According to his teammates, Shahzad, who was leading Lahore Blues in the tournament in Rawalpindi, was heartbroken after he was omitted from the international match.

â€œHe came to know about the situation after the match and he broke down,â€ said one teammate. â€œHe sat in a corner and one could see he was in tears.â€

Another teammate added: â€œHe left for Lahore after informing the team management that he was not feeling well.â€

The 24-year-old who has played 11 Tests, 77 ODIs and 44 T20I matches for Pakistan, has been ignored alongside Umar Akmal by the national selectors for the entire tour of England. They were omitted from the training camp set up in Kakul prior to the tour and chief selector, Inzamamul Haq, made it clear they were dropped on disciplinary grounds based on reports from the team management.

Previously, Akmal met with the Pakistan Cricket Board (PCB) Chairman Shaharyar Khan and tendered a formal apology. However, Inzamam said that while both were talented players, talent alone would not suffice and the duo needed to do more to regain confidence of the board, selectors and management.

Nevertheless, with Pakistan suffering defeat after defeat in England in the ODI series, sources have revealed that both players could be back in the running for the T20I series against the West Indies from September 23 in the UAE.

â€œInzamam recently had a long discussion with both of them and he and head coach, Mickey Arthur, will decide on the future of these two players after the series in England,â€ said one source.