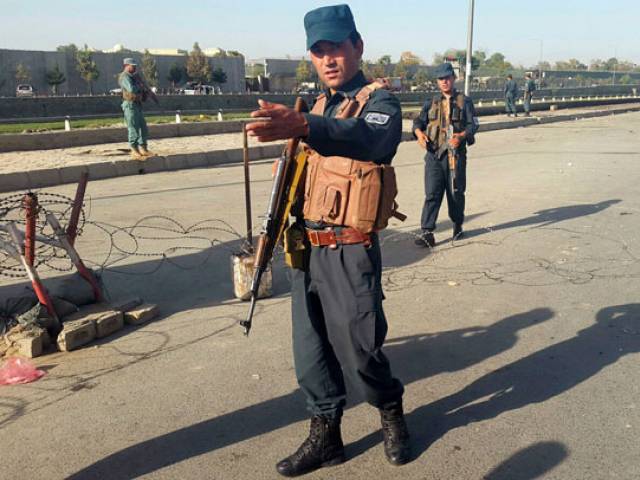 The death toll in Mondayâ€™s suicide attack in a crowded area near the defence ministry in the Afghan capital, Kabul, reached at least 24, with 91 people wounded, including civilians, a spokesperson for the public health ministry said.

The two bombers blew themselves up in rapid succession, in an attack apparently aimed at inflicting mass casualties as government workers left the ministry after work.

â€œTheÂ first explosion occurred on a bridge near the defence ministry. When soldiers, policemen and civilians rushed to the scene, there was the second explosion,â€ defence ministry spokesperson Mohammad Radmanish said.

â€œTheÂ enemies of Afghanistan are losing the fight in the ground battle withÂ security forces,â€ Ghani said in a statement. â€œThat is why they are attacking, highways, cities, mosques, schools and ordinary people.â€

Taliban spokesperson Zabihullah Mujahid said on Twitter that the defence ministry was the object of the first attack, while police were targeted in the second.

TheÂ attack took place more than a week after 16 people were killed when militants stormed the American University of Afghanistan in Kabul, in a nearly 10-hour raid that prompted anguished pleas for help from trapped students.

Explosions and gunfire rocked the campus in that attack, which came just weeks after two university professors â€“ an American and an Australian â€“ were kidnapped at gunpoint near the school.