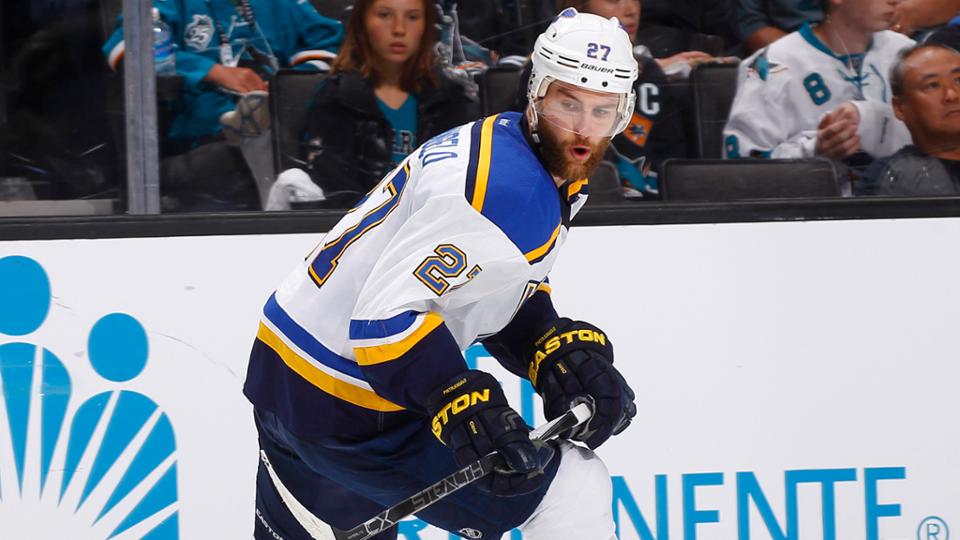 These Ahmadiyya run institutions were nationalised and taken over by the government in 1972, according to an Ahmadiyya website. Since 1972 these had been managed by the Government of the Punjab.Â

Minister for School Education Rana Mashhood Ahmad Khan was grilled during the Question Hour at the Punjab State Assembly over the departmentâ€™s decision to hand over a number of schools to private organisations.

Malik said, according toÂ an Express Tribune report,Â that 8,000 schools in the Punjab had been closed and he defended the public-private partnership strategy in general. He said that schools under private supervision were reporting better results than government schools.

Further, according to the Express Tribune, the Pakistan Peoples Party’s Faiza Malik made disparaging remarks about a parliamentary committee involved in the procedural aspects of the school transfer. However, the speaker expunged the remarks.

In the matter of schools previously owned by Ahmadiyya community, a cleric and Nawz group politician, Maulana Ghayasuddin, expressed his concern at the alleged transfer of government schools back to the Ahmadiyya community and organisations associated with it.

The Ahmadiyya community has claimed that “these institutions, apart from a sharp decline in their educational standards, are now suffering from gross neglect by officials, and the lack of proper maintenance has severely affected their physical state.”

“The situation is nothing short of criminal neglect,” it is further asserted.

However, according to the Express Tribune, Maulna Ghayasuddin alleged “in a fiery speech” that such actions would lead to deterioration in the standards of education.

Neither the minister nor the Chair responded to his speech, the Express Tribune stated. 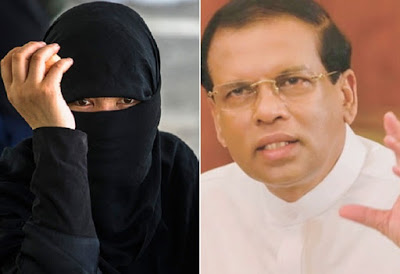 The President had emphasized that there no reports from the intelligence services that ISIS terrorist organization is having links and is a target in this country.

One security staff personnel, a head of a security force had brought in a proposal at a crucial security staff meeting the other day to ban the Muslim women wearing the â€˜Burkaâ€. To this proposal, President Maithripala Sirisena had not agreed.

This proposal had been brought forward with the clear intention to prevent the ISIS Islam principles in cultivating roots for Islamic terror. When the proposal was put forward the President had asked whether there had been any clues identified in regard to this attempt.

However, there had been only two instances of involving the â€œBurkaâ€ that have been reported. One instance had been when a husband had come disguised wearing a â€œBurkaâ€while returning from the Katunayake International airport to surprise his wife and the other instance was when thieves had entered a bank in Kandy area to rob the bank.

The President had added that some European countries are making attempts to ban the â€œBurkaâ€ but Â it cannot be allowed here as in such a background like what had happened in the past era when the religious conflicts and clashes took place, such repetition of events would take place.

The President had emphasized that there no reports from the intelligence services that ISIS terrorist organization is having links and is a target in this country. Hence in these contexts, there is no necessity to raise alarms and in such a proposal to ban the â€œBurkaâ€ in this country. However, the President had stated that not to listen to certain extremist persons in some organizations on this matter.

This view of the President was endorsed by the Prime Minister Ranil Wickremasinghe and the Minister of Foreign Affairs Mangala Samaraweera. 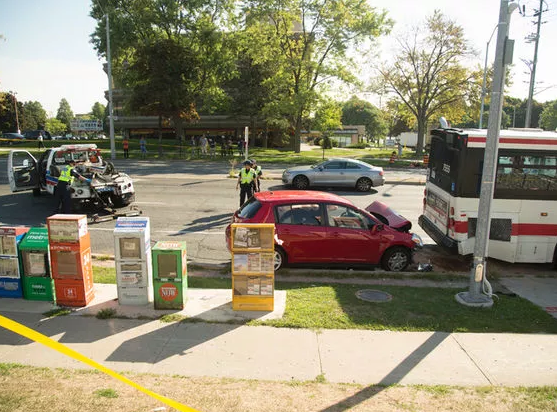 TORONTOÂ -Â A young man was killed and his parents badly hurt when their car crashed into the back of a TTC bus in Scarborough Tuesday morning.

A Nissan Versa, with three people inside, rear-ended the vehicle while it was stopped in the southbound bus lane on Warden Ave. at Finch Ave. E. around 6:30 a.m.

She said a woman, 52, was behind the wheel of the Nissan and her husband, 58, was in the passenger seat.

The couple, who are believed to have been buckled up, was rushed to Sunnybrook hospital with serious injuries.

Their 26-year-old son, who was in the backseat, was killed in the crash.

â€œThere is a good possibility that he was not wearing a seatbelt,â€ Pavlidis said.

The victimâ€™s name was not immediately released.

The family live in the Toronto area, Pavlidis said.

The TTC vehicle remained parked in the bus lane at a stop on the north side of the intersection following the crash.

The front end of the compact Nissan was demolished and the deployed driverâ€™s side airbag was stained with blood. There were no visible skid marks on the road behind the car.

TTC spokesman Brad Ross said none of the passengers were injured.

â€œThe bus driver was shaken up but was physically OK,â€ Ross said.

Why the car rammed into the back of the bus is still under investigation.

Officers will be looking at an assortment of possible factors such as medical impairment, distraction and excessive speed.

The Nissan will also be examined to determine if there was any mechanical issues with the vehicle, Pavlidis said.

She urged any witnesses who have not yet spoken to police to come forward. 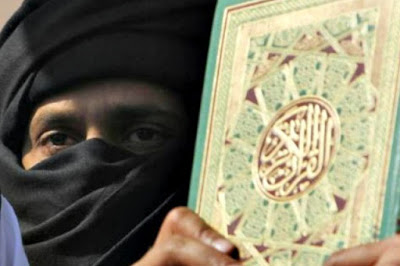 Messages about Islam stereotypical in CanadaÂ