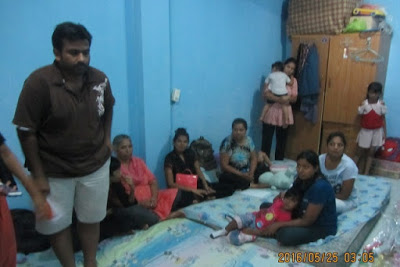 BANGKOK: Thailand is a prime tourist destination, a favorite for pleasure-seekers around the world. But thatâ€™s not why nearly 10,000 Pakistanis have ended up in Bangkok, most of them living an underground existence in some of the cityâ€™s poorer neighborhoods. Pakistan is one of the most dangerous nations for religious minorities.

Thailand also is one of the few countries which allow Pakistanis easy entry as tourists. With the United Nations certifying refugees from the lengthy conflict in neighboring Burma, persecuted Pakistanis started arriving four years ago seeking resettlement in the West.

Alas, the UN offered false hope. The typical refugee waits years just for an interview, the first step to receiving official refugee status. So far, not one has moved on to America or anywhere else. In the meantime, humanitarian groups such as Christian Freedom International are helping refugees survive in the shadows. CFI President Jim Jacobson argues that the only feasible solution is for the U.S. to admit people who are not only in desperate need, but â€œwho share Americansâ€™ values and are Americaâ€™s friends in the fight against terrorism.â€