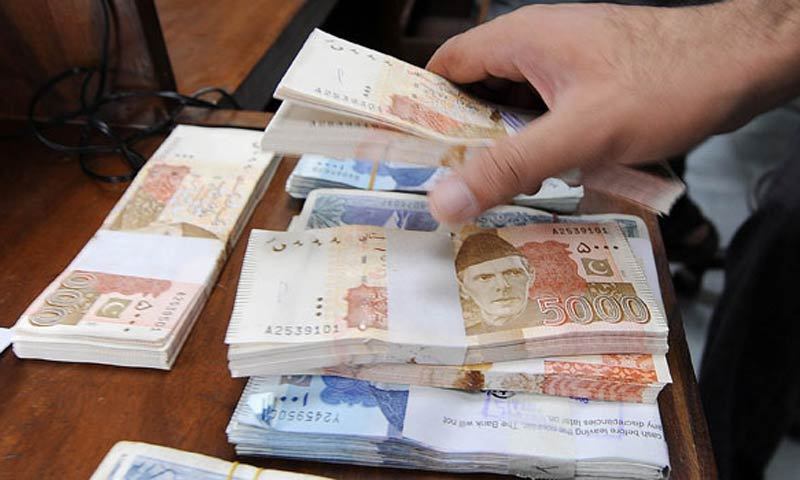 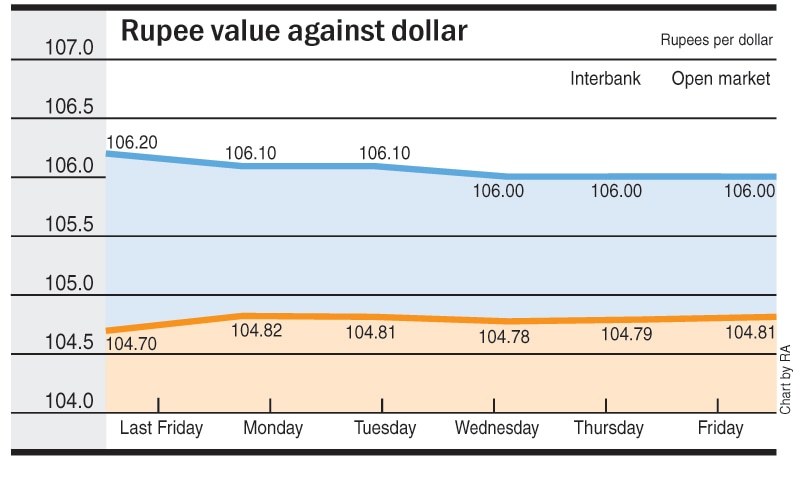 The rupee traded in a very tight range due to alternate bouts of demand and supply transactions of dollars. Low demand by corporate sector and sluggish demand for import payments kept the dollar flat.

The demand and supply of dollar in the open market remained dull as the dollarâ€™s overall mood in the international market remained fully focused on Federal Reserve Chair Janet Yellenâ€™s weekend speech which restricted dollar activity in global trade.

On the interbank market, the rupee fluctuated in tight range versus the dollar

At the same time, the Poundâ€™s recent rally came to an inevitable end last week with the sterling sustaining losses versus most of the majors.

On the interbank market, the rupee fluctuated in tight range versus the dollar last week.

Commencing the week on a negative note, the rupee suffered the biggest single day decline in ten weeks after posting 12paisa loss over the last closing at Rs104.70 and Rs104.72.

The week ended on a negative note as the rupee inched down against the dollar in the last trading session, losing two-paisa on the buying counter and three-paisa on the selling counter. It traded at Rs104.81 and104.83, little changed on the weekâ€™s opening session.

During the week, the dollar on the interbank market appreciated by 11paisa against the rupee on week on week basis.

In the open market, the dollar weakened marginally against the rupee following dull demand from corporate and private sector on the interbank market last week.

The rupee commenced the week in plus as it posted five-paisa gain in the first trading session with the dollar trading at Rs106.10 and Rs106.30 against the last closing at Rs106.15 and Rs106.35, amid dollarâ€™s normal supply and demand.

The rupee closed the week unmoved against the dollar at Rs106.00 and Rs106.20 for the third straight day as the parity remained unchanged in the last trading session.

During the week, however, the rupee managed to recover 15paisa against the dollar in the open market on the restricted activity of dollar in global trade ahead of the US Fed Reserves weekend policy meeting.

The rupee assumed downtrend against the euro.

The rupee slid after posting 30paisa loss in the fifth trading session and closed the week at Rs119.00 and Rs120.00. During the week in review, the rupee suffered 90paisa loss in three sessions against 120paisa gains in two sessions.

On week on week basis, however, the rupee still managed to gain 30paisa against the euro last week. The euro has so far depreciated against the rupee by 1.2pc in the four weeks of August.