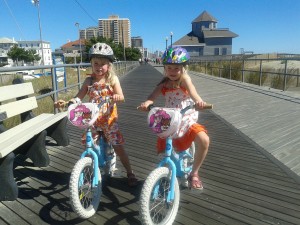 An ultra-orthodox Jewish leader has reportedly banned girls aged five and older in some areas of Israel from riding bicycles – claiming it is â€œimmodestâ€.

The rabbi of the Jerusalem neighbourhood of Nahloat distributed the stringent decree to his followers in synagogues across the area.

He had said young girls riding bicycles could â€œcause serious damage to their modestyâ€ and that bicycle seats caused young girls to sit in a way men found â€œprovocativeâ€, according to the Arutz Sheva 7 website.

The ruling said: â€œWe inform parents that they are obligated to forbid their daughters from age five and up from acting in this illegitimate way.â€

Those affected by the ruling are members of the ultra-orthodox Haredi branch of Judaism.